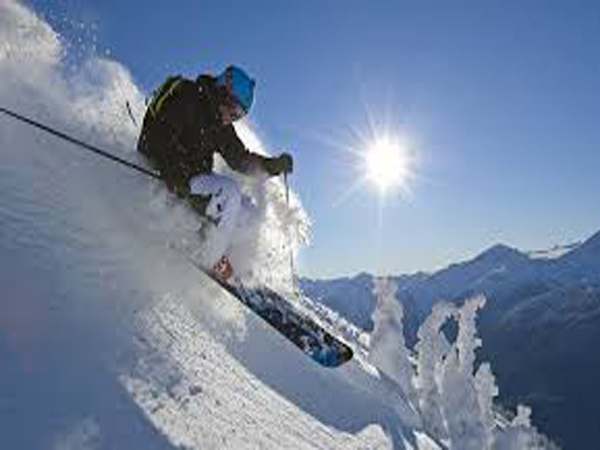 Kashmir is known throughout the world as the “Paradise on Earth”. During summer it has some of the most attractive resorts like Pahalgam, Gulmarg, Sonamarg and many more. People in millions have been visiting the place in summer both from within the country and abroad. Most of the time it had been promoted as a summer destination. The tourist season used to be limited to five to six months of summer only. Then in sixties winter sports were started in Gulmarg by establishing a Ski School. In fact, it was revival of winter sports which used to be held there in late thirties and early forties of the last century. The Ski Club of India was established by Major Metcarp and Major Headow, two British Army Officers, in 1927 at Gulmarg. Mr.B.N.Pestonji was its first Secretary. Skiing had been introduced as a sport in Gulmarg area almost at the same time as it had started in Alps. Those days all ski competitions were held at Khilanmarg and the pony track was kept open throughout the winter. There were two major events, the Christmas and Easter Competitions. The famous British Sports Equipment Firm, the “Lilywhites” had introduced some trophies for various ski competitions. In fact one of the ski slopes above Khilanmarg is still called the “Lilywhite Slope”. The attendance in the open competition held at Christmas in 1938 was over 500.

The revival of skiing as a sport was started in early seventies by the setting up of a Ski School by the Ministry of Tourism with UNDP assistance. This is now called the Indian Institute of Skiing and Mountaineering. They trained the first batch of instructors. The School started subsequently short ski courses for beginners and also conducted groups. This attracted once again a large number of British Tourists from Hong Kong. Regular ski tours started coming to Gulmarg from Hong Kong in winter. The State Youth and Sports Department also set up a ski school to train local boys and girls. Slowly the sport grew and a large number of ski lovers started coming to Gulmarg. In fact, the slopes of Gulmarg which have been homologated by the World Ski Federation (FIS) are suitable for all international level competition. The National Winter Games have been held at Gulmarg a number of times and the first one was held in March, 1986. Gulmarg has had collaboration with the French and Austrian National Ski Schools. Experts from these Schools have visited and trained instructors from Gulmarg for many years. Also instructors from Gulmarg have gone to France and Austria for advanced ski training. In fact, the boys trained in Gulmarg have come up to International level. In 1986, Ghulam Mohammad Hajam from Gulmarg secured a position among the top six in the Asian Winter Sports held at Sapporo, Japan. Gul Mustafa Dev was the first person from Kashmir to secure a position in the Winter Olympics held in Canada. Even though Gulmarg can be upgraded into a world class ski resort, yet it is not the end in developing winter tourism in Kashmir.

The entire Pir Panjal range has the potential for setting up of a half a dozen ski resorts like Gulmarg. Right from now open Tosa Maidan to Ahrabal there are many places where ski resorts could be set up. Yusmarg, Kungwattan, Dodhpathri and many other similar places. Same is the situation in Lidder and Sindh Valleys. Kashmir has the largest snow area suitable for all kinds of winter sports. Apart from Alpine Skiing in the resorts, it is ideally suited for cross country skiing and ski mountaineering. In the past regular cross country and ski mountaineering groups from abroad were conducted in Lidder valley by some Kashmiri Adventure Tour operators. Then comes the more adventurous sport of heli-skiing which was introduced by the famous Swiss skier Sylvain Saudan called the “Impossible Skier” through his company the Himalayan Heli Ski. It continued even in the worst years of turmoil of the nineties! If one compares the tourism potential of winter and summer, the winter has much more potential than summer. The catch is the clientele. There is not much domestic clientele as there are very few ski resorts in the Himalaya. Only Gulmarg, Narkanda and Auhli. Except Gulmarg the others don’t have very good slopes and snow conditions. Moreover, the accessibility to other two resorts is worse than Gulmarg. Skiing has not yet caught as a craze among the elite of the country like in the western countries.

Europe has millions of skiers who are now looking for newer and less crowded places with equal facilities. In the recent years we have had regular Australian groups as it is summer in Australia when we have winter here. Also sizeable numbers of Russians have been coming to Gulmarg. Recently, the Chinese Ski Association had approached for training their teams in Gulmarg. Kashmir could be the ultimate winter destination for them if the potential is intelligently exploited. To tap this potential the first essential is international accessibility to this area. That can be achieved only after Srinagar airport gets international air connectivity enabling direct international flights to touch down here and also when charters like Goa are allowed here. At the moment it may seem a utopian dream but in the long run it may be one of the most important economic activities. In the meantime, there is need to prepare a comprehensive long term development plan involving foreign collaboration for Winter Tourism in Kashmir.

The writer is former Director General of Tourism