Jammu: In the fullness of time 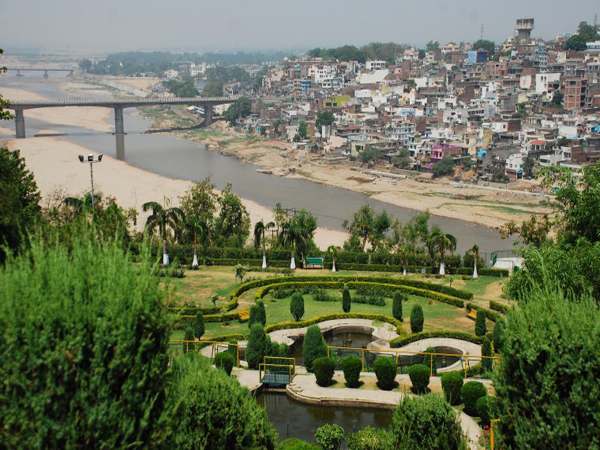 Currently, there is nothing to write home about but perhaps, in the fullness of time ‘just’ Jammu may become a ‘jake’ Jammu! The citizenry dreams for the homeland are very much within the realms of possibility and for the future towards which Jammu as a city appears to be heading, the journey seems worthwhile.

My standpoint on what lies ahead of Jammu is that it will undergo a transfiguration provided the dyadic support of the dwellers and the leadership is ever present. Some years down the line, mayhap the city can proud itself in owning multitudes of tourist hotspots and state-of-the art infrastructure promising world-class healthcare and education facilities as well as a far better road, rail and air inter-connectedness.

Various projects that are in the pipeline such as further beautification of naturally inherited gifts of nature; building of flyovers, ring-roads and tunnels; bringing IIT, IIMs and AIIMS to Jammu can surely grant Jammu what it always deserved. Pilgrimage and border tourism in the city is omnipresent and when more tourists sites will emerge as probable additions to itinerary, it surely can provide a boost to state economy and the cycle of reinvesting in further beautification and resultant benefits can go on endlessly. More places and avenues of recreation will be a frosting on the cake for residents too.

As of now, it has been a burgeoning trend to see the youth of the city relocate to other cities of the country to gain access to quality higher-education and eventually getting jobs in metropolitan cities and then settling there, thereby leaving aged parents to fend for themselves. At long last, the city too will be a home to prestigious institutions and the young populace will not need to leave their homes. The local graduates of such institutions can metamorphosize the city and pull it out of the current darkness with regards to education and healthcare. Also, the increasing participation of resident intellects and youth in state economy and administration carries a tremendous power to cut down existing menace of corruption in the state substantially.

The flyovers as well as the other highway expansion and building projects can reduce the congestion on roads, provide better road connectivity to other parts of the state and get many poorly connected areas on the outskirts of the city into the mainstream. Better infrastructure in terms of an additional airport and the expansion of current one along with the introduction of metros in the city can give city its long due.

Further, laying a red carpet for investors from outside the state can refuel the economy and the resultant public-private partnership can help Jammu too to become a smart city in letter as well as in spirit.  Clubbed with this, a hassle free entry point at Lakhanpur devoid of all corruption as well as allowance of outside prepaid telecom connections to remain fully functional even after entering into the state can serve as a true gateway to paradise!

Moreover, basic amenities like incessant supply of water and electricity, better drainage, waste disposal as well as traffic management system and free wifi spots will hopefully be a reality soon. Steps have already been taken in that direction, nevertheless, multitudes of proactive measures are still required on the part of leadership to grant the city a truly unique global identity of its own and to get it into the league of most desirable cities to live as well as to explore! I am sure, in the fullness of time, Jammu will indeed be the Jammu of our dreams!