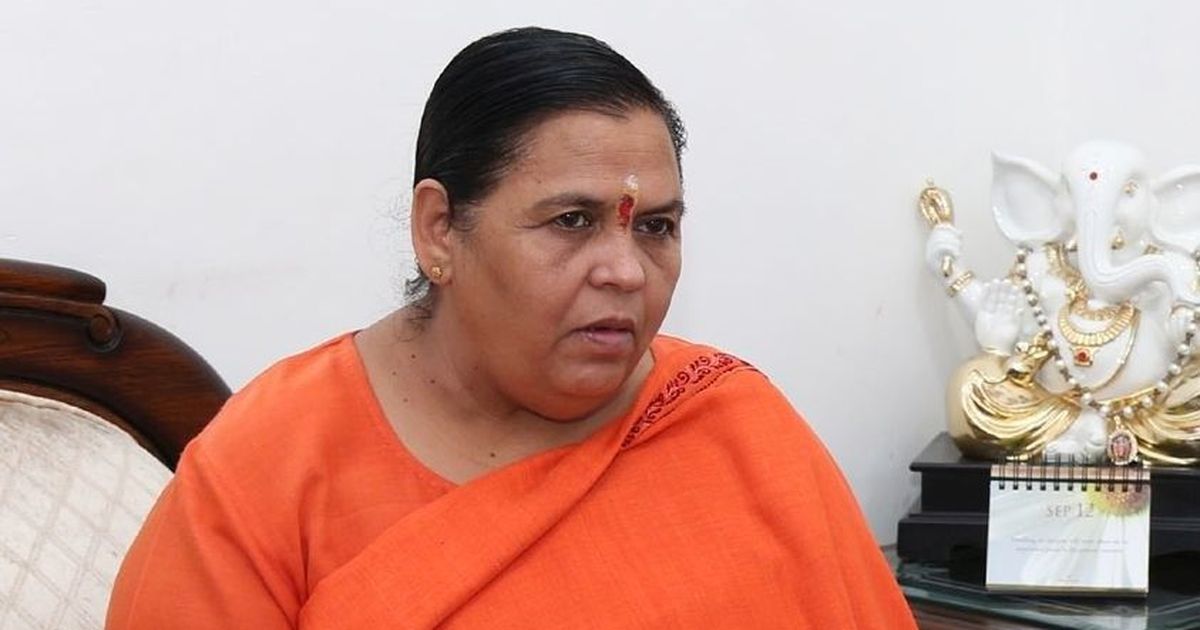 Uma Bharti said she would travel from Bhopal to Uttar Pradesh by train and had decided to skip the rituals at Ayodhya to protect Prime Minister Narendra Modi and “thousands” of others at the site of the temple.

Veteran BJP leader Uma Bharti, a stalwart of the Ram temple movement, tweeted today that she would travel to Ayodhya but avoid the groundbreaking event on Wednesday as a precaution against the coronavirus. She said she would visit the site of the temple only after the event was over.

In several tweets this morning, Uma Bharti said she felt worried about those attending the grand function after Home Minister Amit Shah and other top leaders contracted COVID-19. The Home Minister tweeted yesterday that he had tested positive for the virus and has been admitted reportedly into Medanta hospital near Delhi.

“When I heard about Amit Shah and other BJP leaders testing positive I was worried about those attending the Ayodhya event, especially PM Modi,” tweeted the 61-year-old BJP leader.

Uma Bharti said she would travel from Bhopal to Uttar Pradesh by train and had decided to skip the rituals at Ayodhya to protect the Prime Minister and “thousands” of others at the site of the temple. During the “Bhoomi Pujan”, she said, she would be at another spot on the banks of the river Saryu.

“I will leave Bhopal this evening and until I reach Ayodhya tomorrow evening, I may be exposed to the infection. In this situation, I will stay away from the place where PM Modi and others will be present. I will reach there only after everyone has left the spot,” tweeted the former Union Minister, adding that she had informed senior officials connected to the Ram temple event and also the Prime Minister’s office that she should be kept out of the guest list.

Other veterans of the Ram temple movement, LK Advani and Murli Manohar Joshi, will attend the August 5 event via videoconferencing, sources told NDTV. Both the leaders were invited via phone calls on Saturday by the trust set up to oversee the construction.

Mr Advani, Mr Joshi and Uma Bharti recorded statements last week in the December 1992 razing of the 16th century Babri mosque by Hindu activists who believed it was built on the ruins of an ancient temple marking the birthplace of Lord Ram.  They are accused of making incendiary speeches that led to the mosque demolition.

The event on Wednesday will revolve around the installation of a 40 kg silver brick as the foundation stone by the Prime Minister. The guest list has been trimmed to around 50 VIPs because of restrictions on travel and gatherings due to the pandemic, the Ram Temple trust has said.