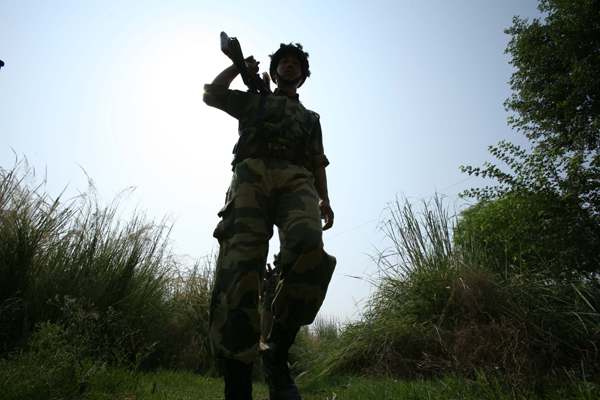 one labourer killed while six others received injuries in an old shell blast accident in Arnia sector along the Indo-Pak International Border in Jammu on Friday.

According to Police an old shell blasted when some labourers were engaged in a work in Jabbowal village. The injured have been shifted to a Hospital in Jammu.

The victims are the labourers from Bihar.

The shell is said to be a mortar shell which is believed to have landed in the area during some cross-border shelling in past that was remained unexploded. Further details are awaited.