2G scam verdict out: All 18 accused including A Raja acquitted 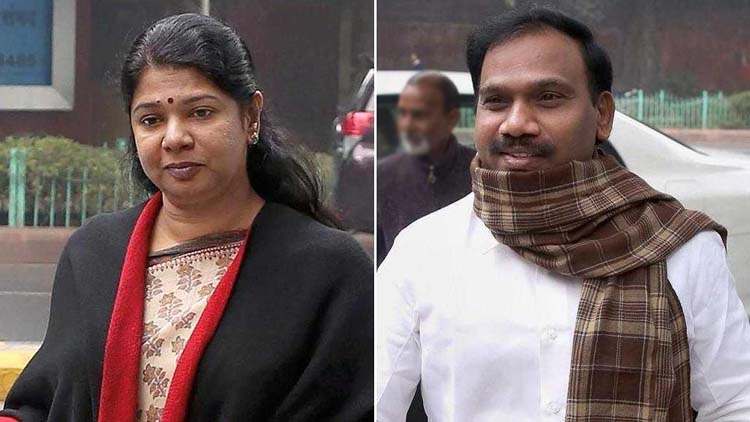 New Delhi, December 21: A special court today acquitted all 18 accused including A Raja and K Kanimozhi in 2G spectrum allocation case. The scam came to light almost seven years ago when India’s auditing agency Comptroller and Auditor General or CAG in a report held then Telecom Minister A Raja responsible for causing the state exchequer a loss of Rs 1,76,379 crore by allocating 2G spectrum licences at throwaway prices. But, today the court found that the prosecution failed to prove the charges. This verdict, however, doesn’t override the Supreme Court judgement or take away from the fact that the licences issued during 2G spectrum allocation were illegal.

The chargesheet of the instant case is based mainly on misreading, selective reading, nonreading and out of context reading of the official record: Special Judge OP Saini.

I may add that many facts recorded in the chargesheet are factually incorrect, like Finance Secretary strongly recommending revision of entry fee, deletion of a clause of draft LOI by A Raja: Special Judge OP Saini.

The chargesheet is based on some oral statements made by the witnesses during investigation, which the witnesses have not owned up in the witness box: Special Judge OP Saini

11:55 AM: Former PM Manmohan Singh said the 2G scam was a massive propaganda against the UPA without any proof. “The judgement speaks for itself,” Dr Singh said.

11:45 AM: If the Government has concrete evidence, then they should take the matter to a higher court: Anna Hazare says.

11:30 AM: “Clearly the Court found that innocent people have been wronged. Justice has worked as it is supposed to work in our country,” says Shashi Tharoor to ANI.

11:20 AM: Senior Congress leader Manish Tewari in a tweet asked the former CAG chief Vinod Rai to apologise to the nation. He said: “Mr VINOD RAI Former C&G must Apologise to the nation for throwing presumptive sensational Corrosive numbers into public discourse. He was author of imbecile 1.76 thousand crore loss theory that I had destroyed during my cross examination of Rai in JPC. Court has affirmed JPC Report.”

11:09 AM: Senior BJP leader Subramanian Swamy in a tweet said the government must prove its bonafides by filing an immediate appeal in the High Court.

11:05 AM: “One thing is clear that the allegations of a major scam involving highest levels of government was not true or correct,” Former Finance Minister P Chidambaram said after the acquittal of A Raja and Kanimozhi in the 2G spectrum scam case.

11:00 AM: Senior Congress member Kapil Sibal said that the 2G scam verdict was a moral and legal victory for the UPA government. He says that they will ask those who raised allegations to apologise and that the PM too should stop raising this matter now.

10:55 AM: An elated Kanimozhi, outside the court, said, “I would love to thank everyone who stood by me.”

10:45 AM: All accused including A Raja, K Kanimozhi acquitted in 2G spectrum case. “The CBI has miserably failed to prove all charges against all the accused persons. Therefore, all accused are acquitted of all the charges. And accused are required to submit a security bond of Rs 5 lakh each which is a requirement of section 437-a of CrPC,” special CBI judge said in the judgment.

9:30 AM: Former Telecom Minister A Raja and DMK MP Kanimozhi reach Patiala House court ahead of pronouncement of verdict in 2G scam cases.

In its report, which was tabled in Lok Sabha on November 16, 2010, the CAG said that A Raja ignored the advice of the Ministry of Law and the Ministry of Finance and allocated ‘a scarce finite national asset at less than its true value on flexible criteria and procedures adopted to benefit a few operators’. The auditing agency further observed that politicians and government officials colluded with telecom companies to under-charge them for telecom spectrum allocated in 122 licences in 2008.

The act of A Raja and others not only rocked the nation but also made to the TIME magazine’s ‘Top 10 Abuses of Power’ list.  Currently, the scam is being probed by two investigating agencies: Central Bureau of Investigation and Enforcement Directorate. Today’s judgment will be based on 8000-page charge sheet filed by the CBI. Among the key accused in the case are:  then Telecom Minister A Raja,  Rajya Sabha MP and DMK leader M Kanimozhi and then telecom secretary Siddharth Behura. If convicted, the accused could be awarded with minimum 6 months of imprisonment to life imprisonment. Special Judge O P Saini will deliver the verdict at 10:30AM.

Here’s how the case unfolded:

The CAG said licenses given to ineligible companies and those who had no experience of telecom such as Unitech and Swan Telecom.

In November, 2007, PM Manmohan Singh wrote to telecom minister A Raja asking for transparency in 2G allotment and to revise the licence fee. Raja did not accept the view.

Case based on a PIL filed by The Centre for Public Interest Litigation against the Union of India alleging irregularities in awarding 2G spectrum & licenses.

The Supreme Court later cancelled 122 licences calling them ‘unconstitutional and arbitrary’ and asked for a re-bid in February, 2012.

Then Union Minister Kapil Sibal rejected the CAG’s findings. However, his “zero loss theory” was demolished on August 3, 2012. On the directions of the Supreme Court, the Government of India revised the base price for 5 MHz 2G spectrum auction to Rs 14,000 crore, which roughly gives the value of spectrum to be around Rs 2,800 crore per MHz which is close to the CAG’s estimate of Rs 3,350 crore per MHz.

In April 2013, in a 112-page written statement to the joint parliamentary committee, Raja said that he met with P. Chidambaram and Prime Minister Singh several times from November 2007 to July 2008 to inform them of all 2G-related decisions and PM Manmohan Singh agreed with him.

There are 2 cases on 2G scam before CBI special court of OP Saini: One by Central Bureau of Investigation under IPC, Indian Penal Code and the Prevention of Corruption Act. Second by enforcement directorate, ED, under the Prevention of Money Laundering Act.

The offences would mean punishment ranging from 6 months of imprisonment to life imprisonment.

Those who have been discharged by court so far: