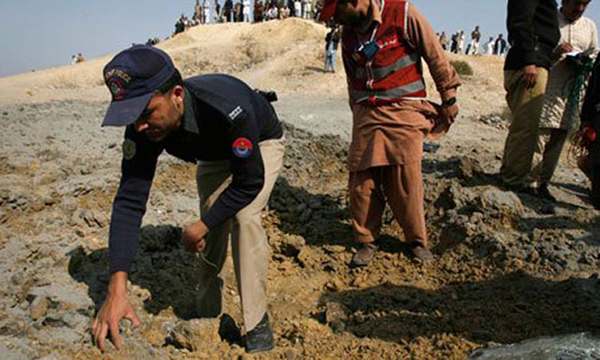 At least 30 persons, including women and children, were killed and 70  injured in a bomb blast at the courtyard
of Shah Norani shrine located in the mountainous area of Balochistan on Saturday evening, according to Dawn News.

According to Balochistan Home Minister Mir Sarfaraz Bugti, the explosion took place when the devotees were engaged in ‘dhamal’, a traditional folk dance.

He said ambulances and rescue teams from Lasbela and Hub rushed to Shah Norani. “It takes some three hours from Hub to reach the Shah Noorani shrine, which is located in difficult mountainous area, where mobile phone service also does not work,” he added.

He said helicopter ambulance could not be used because of darkness.
Tehsildar of the area, Javed Iqbal said over 1,000 people from different parts of the country, especially Karachi, were present at the courtyard of the shrine when the explosion occurred. “At least 10 persons, including women and children, died and over 30 were injured,” he added.
He said the dead and the injured were being transported in private and Levies Force vehicles to hospitals in Hub and Karachi.
Incharge Eidhi Foundation Hub Dr Hukam Lasi said 10 ambulances of Eidhi Ambulance Service along with doctors had been sent to the  blast site.
Shrine’s caretaker (Khlifa) Nawaz Ali said usually 1,000 to 1,500 people visited Shah Norani shrine on Saturdays to witness traditional ‘dhamal’ dance. “I have received information that over 10 persons were killed and over 30 injured,” he said.