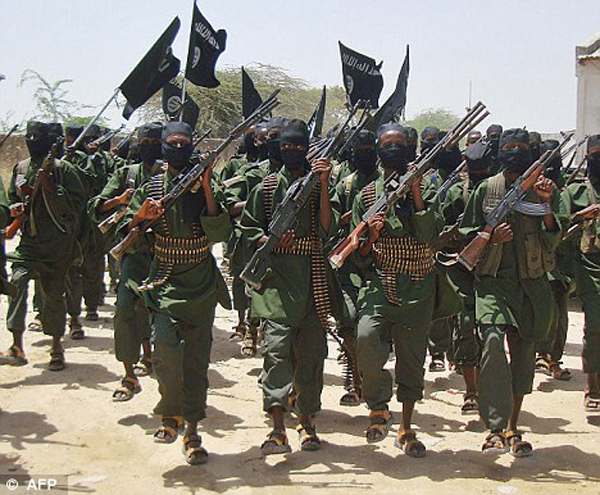 From Afghanistan to Algeria, militants plan to use Donald Trump’s shock United States (US) presidential victory as a propaganda tool to bring new fighters to their battlefields according to a report in  Dawn newspaper .

The paper quoting Reuters, an international wire service, said “ Taliban commanders and supporters of the militant Islamic State group say Trump’s campaign trail rhetoric against Muslims ─ at one point calling for a total shutdown of Muslims entering the United States ─ will play perfectly in their recruitment efforts, especially for disaffected youth in the West.

“This guy is a complete maniac. His utter hate towards Muslims will make our job much easier because we can recruit thousands,” Abu Omar Khorasani, a top IS commander in Afghanistan, told Reuters.

Trump has talked tough against militant groups on the campaign trail, promising to defeat “radical Islamic terrorism just as we won the Cold War.”

The president-elect later toned down his call for a total ban on Muslim entry to say he would temporarily suspend immigration from countries that have “a history of exporting terrorism.”

But he has offered few details on his plans to combat various radical groups, including IS, the Taliban and Al Qaeda, which represent a wide spectrum of political views.

“He does not differentiate between extremist and moderate Islamist trends and, at the same time, he overlooks (the fact) that his extremism will generate extremism in return,” Iraq’s powerful Shia cleric Moqtada al-Sadr said in a statement.

Sadr’s political reform movement, which commands thousands of followers, is a staunch opponent of IS and Al Qaeda, and unlike them has not waged or promoted attacks in the West.

The United States has seen a handful of attacks inspired by Islamist militant groups, including the June massacre of 49 people at an Orlando nightclub by a gunman who called a TV station swearing allegiance to IS and the killing of 14 people at a San Bernadino, California, social services agency last December.

US officials have warned the country will likely face a higher risk of similar attacks as IS urges supporters to launch attacks at home instead of joining its fight in the Middle East.

“Our leaders were closely following the US election but it was unexpected that the Americans will dig their own graves and they did so,” said IS’s Khorasani, who described President Barack Obama as a moderate infidel with at least a little brain in comparison to Trump.

Al Qaeda, which launched the Sept 11 attacks on New York and the Pentagon 15 years ago, has yet to comment on Trump’s victory.

The militant group will likely respond after Trump’s first speeches as president, anticipating they will be able to exploit his comments to win support, said Hisham al Hashemi, who advises the Iraqi government on Sunni jihadist movements.

“Al Qaeda is known for its recruitment strategy that heavily quotes speeches of the White House and other Western officials,” he told Reuters.

Trump’s office did not immediately respond to requests for comment on the statements from the militants. Even if Trump tones down his anti-Muslim comments when he takes office in January, analysts say his statements during the campaign trail were enough to fuel the militants’ propaganda machine.

“The key thing militant groups, particularly Islamic State and al Qaeda, depend on for recruitment purposes is convincing Muslims in the Western world that the West hates them and won’t ever accept them as part of their society.”

A senior Taliban commander in Afghanistan said the group, whose resurgence is undermining efforts to end America’s longest war, had kept track of all of Trump’s speeches and anti-Muslim comments.

“If he does what he warned in his election campaign, I am sure it will provoke Muslim ummah (community) across the world and jihadi organisations can exploit it,” said the militant leader, who declined to be identified because of strict Taliban policy that only its official spokesman can make statements.