PDP Youth is concerned about increasing Drug Menace in J&K 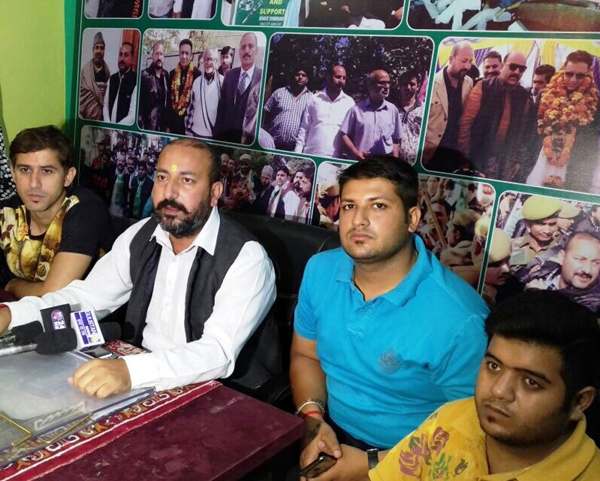 PDP youth wing todayorganized a meeting at its office  Kacchi Chawani .which was chaired by Vikram Singh Bhadwal appealing the  Inspector General (IG) Police Jammu  and Deputy Commissioner  to constitute a team to check the youths who bunk schools and spend hours in tea-stalls where they can easily purchase cigarettes along with other drugs from suppliers who are busy selling these for their petty interests.

Vikram Singh said that though there is  a ban on sale of loose cigarettes yet shop-keepers are selling these without any fear and even white paper which is used for consumption of narcotic drugs are easily available in some shops in Jammu city.

During a survey it was revealed that everyday more than 4000 kids try their first cigarette and each day more than 2000 other kids under 18 of age get added i.e more than 730000 new under age daily smokers each year.

The meeting was also attended by  Gourav Sharma, Vinod Mahajan, Parth Sharma, Gokul Sharma and others.

Vinod Mahajan appealed to administration to constitute a team in civil dress and have a look on tea-stalls, shops, parks and  play grounds and take strict action which prohibits the possession or use cigarette products as well as who allows to students to have seated for hours in tea-stalls.