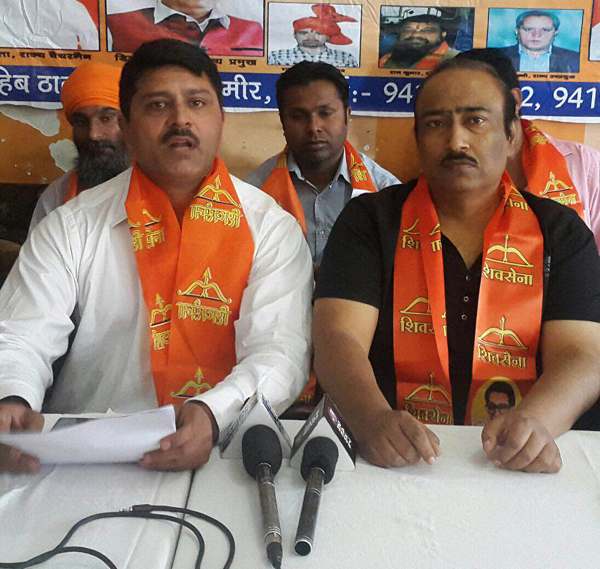 JK News Today
Jammu, Oct. 20
Shiv Sena ( Bala Sahib Thackery) today gave a strong warning to district Administration Jammu not to allow screening of  ‘ Ae Din Hai Mushkil ‘  in Jammu theatres as  actors of “our enemy country  Pakistan are working in this film”.
While addressing the Press Conference at Jammu State President of Shiv Sena Dimpy Kohli said. “Our party will not allow release of Karan Johar’s ‘Ae Dil Hai Mushkil’ starring Pakistani actor Fawad Khan in Jammu as situation is very tense on Indo-Pak borders” .
He threatened to stall the release of the movie in Jammu , in light of the Uri attack in Jammu and Kashmir in which 19 soldiers of the Indian Army were killed and thousands migrated from their homes following shelling by Pakistan Army on Indian villages in Jammu Province.
He said, ” India must break all types of ties with Pakistan whether cultural , sports or of any other type”.
Dimpy further said that the upcoming movie of Karan Johar ‘Ae Dil Hai Mushkil’ casts Fawad Khan and “we will not let this film be released here in Jammu at any cost”. He said within few days a high level deputation of Shiv Sena will met Deputy Commissioner Jammu and will submit memorandum regarding this.
Those who were present on the occasion were Rakesh Gupta (Chairman) ,  Manish Sawhney ( Gen. Sec.) , Raj Singh and others.