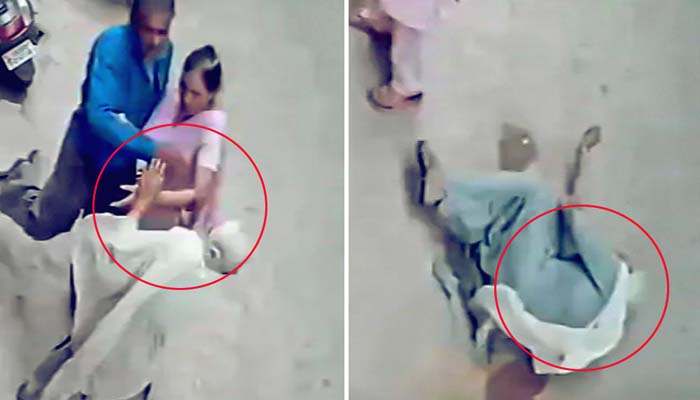 A 76-year-old woman died after she was allegedly slapped by her 45-year-old son in Dwarka on Monday afternoon. An FIR has been registered after the video of the incident went viral Tuesday. The accused, Ranbir Singh, has been detained.

DCP (Dwarka) Santosh Meena said further investigations are on and the FIR has been registered under IPC sections 304 (culpable homicide not amounting to murder) and 201 (destroying evidences) at Bindapur police station.

Police said they received a PCR call on Monday from one Shudhra Bisht, who informed police that he had a heated argument with the owner of a building, Avtar Kaur, over parking. But it was sorted out before the arrival of police.

“After the matter was sorted with Bisht, Kaur had a heated argument with her son and daughter-in-law. He allegedly slapped his mother, due to which she fell down. She was taken to a hospital, where she was declared dead on arrival. They did not inform police and performed her last rites,” a senior police officer said.

The incident came to light after CCTV footage of the incident went viral and police were informed about it.