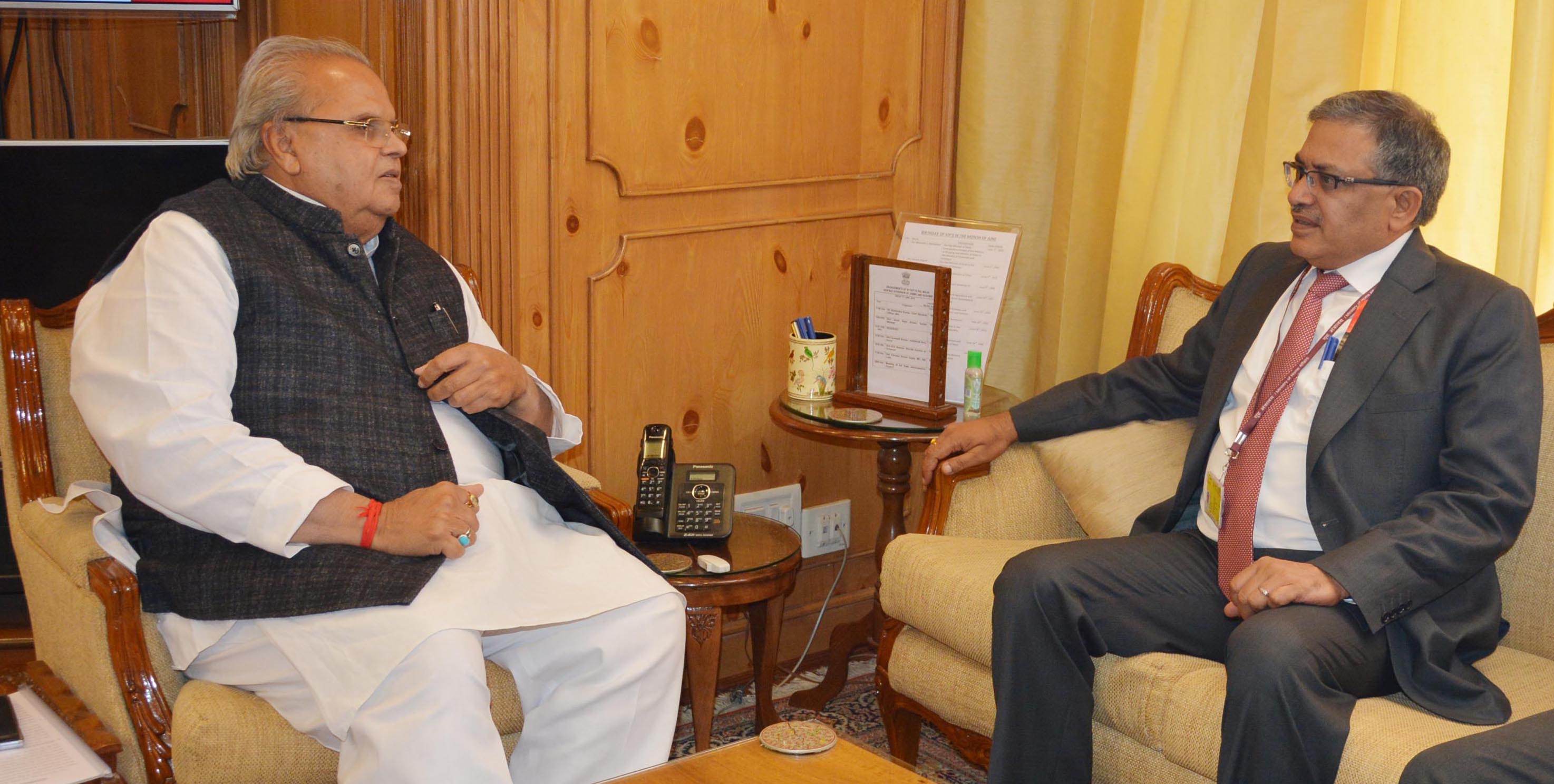 Gyanesh Kumar, Additional Secretary Home, GoI, accompanied by senior Intelligence Officer, met Governor Satya Pal Malik at the Raj Bhavan here today and discussed about the arrangements for the smooth conduct of the Amarnath Yatra, scheduled to begin next month.

Kumar briefed Governor about extensive meetings they had with the State Police, Intelligence agencies and the officers of the State Government regarding the fool proof arrangements being made for the smooth conduct of Shri Amarnathji Yatra including enroute facilities for the Yatris and security issues thereof.

They also informed Governor about the aerial reconnaissance undertaken by them of both the Pahalgam and Baltal Yatra routes and their observations regarding the Yatra arrangements during reconnaissance.