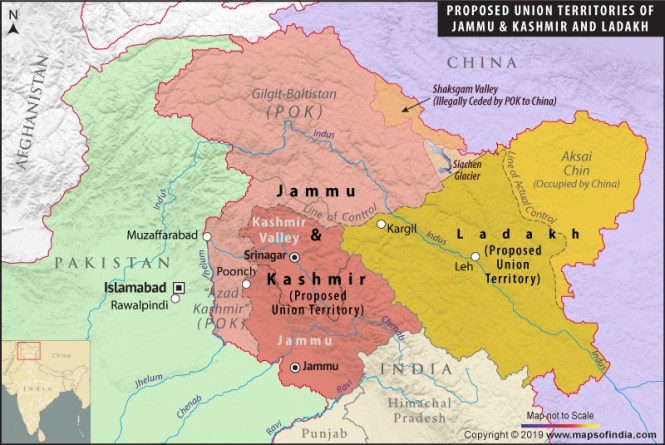 Senior officers in the administration today discussed names of some political leaders who could be released in the first phase to pave way for resumption of political activities in the Valley which have been stalled since August 5 following abrogation of Articles 370 and 35-A and bifurcation of the State into two Union Territories of J&K and Ladakh.
However, reliable sources told the Excelsior, that release of some political leaders in the first phase, discussed during today’s high-level meeting, might take place after bi-annual Durbar Move and formation of two Union Territories of J&K and Ladakh on October 31.
Six political leaders, whose names were discussed for release in the first phase, included Ali Mohammad Sagar, former Minister and Ishfaq Jabbar, former MLA from Ganderbal (both National Conference), Shah Faesal, bureaucrat-turned politician, who has floated his own Jammu and Kashmir’s People Movement, Naeem Akhter, former Minister (People’s Democratic Party), Junaid Mattoo (Mayor Srinagar Municipal Corporation) and Sheikh Imran (Deputy Mayor Srinagar Municipal Corporation).
Junaid Mattoo is under house arrest while five others have been arrested and lodged in temporary jails.
Sources said National Conference president and former Chief Minister Dr Farooq Abdullah could also be released in the first week of November after withdrawal of charges against him under the Public Safety Act (PSA).
However, no final decision has been taken so far, they added.
“The administration first wanted smooth bi-annual Durbar Move scheduled for October 25 and establishment of two Union Territories of J&K and Ladakh on October 31. Thereafter, it would consider release of seven political leaders in the first phase whose names were discussed today and revocation of PSA charges on Dr Farooq Abdullah,” sources said.
The release of more political leaders in Phase-II will be discussed if everything goes well following Phase-I release of seven prominent leaders, they said, adding that the administration doesn’t want to take any risk and will go for gradual release of the leaders after holding regular analysis of the situation.
Bi-annual Durbar Move offices will close in Srinagar, the summer capital of the State, on October 25 and re-open in Jammu, the winter capital of the State, on November 4.
While authorities were not anticipating any trouble during the Durbar Move, it was unlikely to take any chances of release of political prisoners before the Union Territories of Jammu and Kashmir and Ladakh are finally constituted on October 31, as per the Ministry of Home Affairs, order.
Number of political leaders of various parties including National Conference, People’s Democratic Party, Congress (I), Communist Party of India (Marxist), Jammu Kashmir People’s Conference, Jammu Kashmir People’s Movement and various smaller groups were either put under house arrest or lodged in temporary jails since August 5 following scrapping of special Constitutional provisions of the State.
Similarly, several prominent political leaders of Opposition parties like National Conference, Congress, PDP, NPP etc were also kept under house detention since August 5 in Jammu but were released three days back following announcement of elections to the Block Development Councils (BDCs).