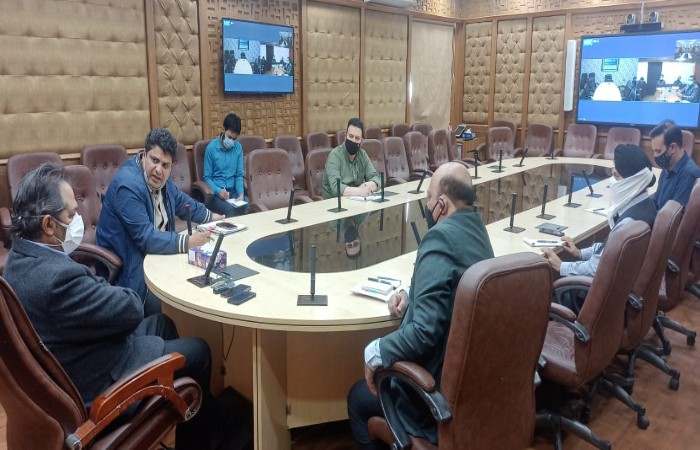 Calls for concerted efforts to make it a grand affair

Advisor to Lieutenant Governor, Baseer Ahmad Khan today directed the officers to make concerted and coordinated efforts to make the upcoming tulip festival in Srinagar a grand affair. He passed on these directions while chairing a meeting to review preparations for the upcoming Tulip Festival to be held at Srinagar’s Tulip Garden.

The meeting was held to finalise the calendar of activities to be taken up during the tulip festival marking the beginning of the spring season in Kashmir.

While chairing the meeting, the Advisor said that the upcoming tulip festival should be a blend of various activities of different departments and directed the departmental heads to work in synergy and cooperation to make the festival a grand affair.

The Advisor said that all aspects, with respect to the day to day activities during the tulip festival should be taken up meticulously so that tourist from the rest of the country are attracted to the festival in large numbers.

He directed all the concerned departments to fine tune their respective activities to be taken up during the festival and focus on each aspect with diligence.

The Advisor also said that hoardings should be displayed in metro cities of the country at important locations to promote the tulip festival.

He also said that the festival should present a unique opportunity to display the diverse culture and cuisine of Jammu & Kashmir. He further added that a live exhibition of handicraft & handloom products and performance of cultural activities should be held during the festival. He said that enthusiastic campaigns to lure tourists should be held across the country at prominent destinations including metro stations, travel marts and other public places.

Sarmad Hafeez briefed the Advisor about the calender of activities to be taken up during the festival and said that efforts are underway to make the festival a grand success. It was given out in the meeting that popular local artists as well as those from Bollywood including leading music maestros are expected to perform at the festival.