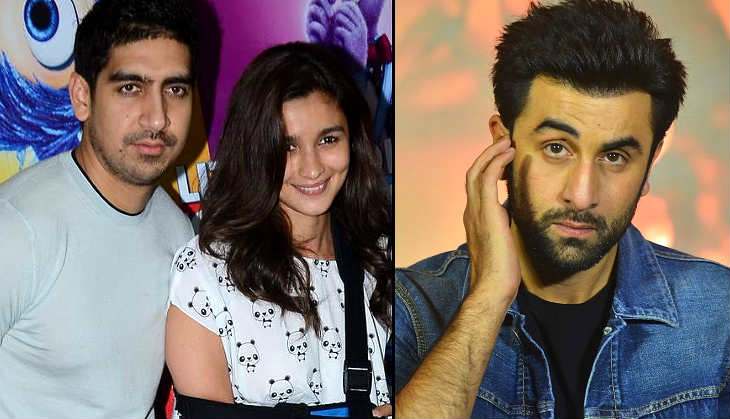 Alia Bhatt is on roll on how. There is no stopping for this girl and we are loving it. We are not yet over her powerful performance in Dear Zindagi and now she has kick started the shooting for her much awaited Dragon film with Ranbir Kapoor. The film is directed by Ayan Mukerji and this is the first time RK and Alia will be seen together in a film. Fans are already thrilled to see them create magic onscreen. To hold on your excitement we get you the latest picture of Alia along with Ranbir from the sets of Dragon. The picture is shared by Dharma Productions and they even wished them all the luck, “Wishing good luck to AyanMukerji & the team for his next!

Now we all know Ranbir and Alia are Karan Johar’s favorites and he never fails to even express that. Ranbir was last seen in Karan’s directorial Ae Dil Hai Mushkil. The actor left everyone stunned with his performance. Alia’s Dear Zindagi was also co produced by KJo. And now he is all set to produce their next film together.

Talking about Dragon, it’s a superhero film. The film has been in news since long. In fact BollywoodLife had exclusively reported that RK asked Ayan to make changes in Dragon script coz Tiger Shroff’s A Flying Jatt was a dud at the box office and Ranbir didn’t wanted that his film share the same fate at the box office, so he asked him to make major changes. We hope all the changes are done as they have kickstarted the shooting yet again. Ranbir and Alia look extremely adorable together and looking at their pictures we are eagerly waiting to see their chemistry in the film.