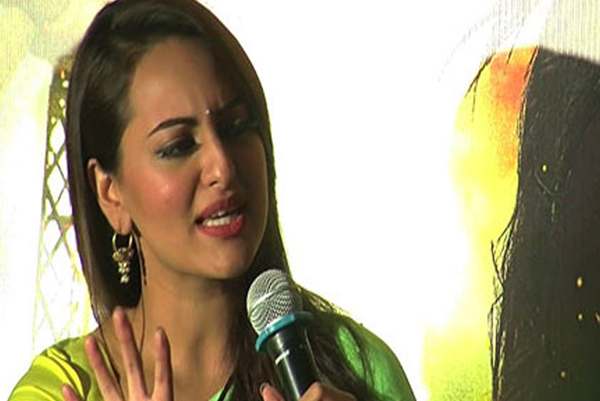 Last evening Sonakshi Sinha graced the event where she spoke her heart out. One of the journos amid the Q & A quizzed her about her link up with Bunty Sajdeh

For long now there has been strong buzz of Sonakshi Sinha dating Bunty Sajdeh. In fact, the paparazzi have often snapped Bunty and Sona during their romantic outings. But Sona till now hasn’t confirmed anything about her secret affair.  Last evening she graced the event where she spoke her heart out. One of the journos amid the Q & A quizzed her about her link up with Bunty. Sona turned red and avoided the question saying, “ Agla sawaal (next question) ”. Now we wonder what’s with our B- town actors on keeping their relationship a hush hush affair.

Reportedly Bunty and Sona are totally smitten by each other and are soon planning to get hitched.  Sonakshi and Bunty started dating first in 2012. However things didn’t go well in their relationship coz there was a lot of interference by Sona’s mother. Sona’s parents had certain issues with Bunty especially coz of the huge age gap between them and also the fact that he is a divorcee. So due to all these differences, Sona took a break from Bunty and was seeing Arjun Kapoor. But later Ms Sinha reconciled with Bunty and they look happy in each other’s company. Bunty and Sona have become the hot topic of town since a few months. However this latest angry reaction of Sona on linkup with Bunty will leave you confused. We hope all is well in their paradise.