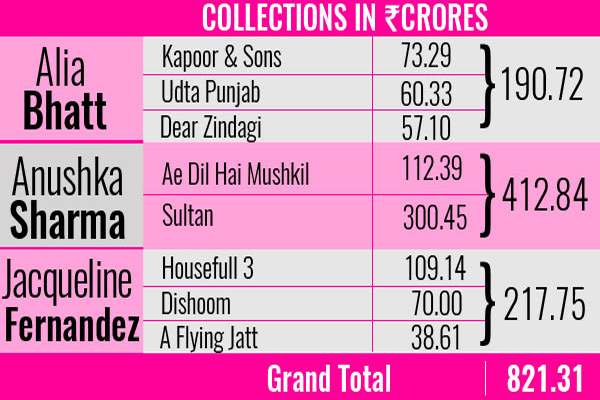 Shah Rukh Khan, Salman Khan, Aamir Khan and Akshay Kumar have been ruling the Bollywood box office since a few years now. You must have heard people on the street saying that the Khans control Bollywood and it’s a MAN’S world in the film industry. However over the past few years, actresses have managed to change the tide in their favour. They have been able to create a place for themselves with women-centric films working at the box office. They have also started demanding an increase in pay and today a Deepika Padukone earns Rs 12 crore for a film. In fact, for Padmavati she is being paid more than her co-stars – Ranveer Singh and Shahid Kapoor. But what you might not have guessed is that three actresses have beaten three of these top actors at their own game this year!

So not only have the actresses impressed us with some power-packed performances this year, they have delivered big time at the box office too. And while you have now seen that the actresses have beaten the actors, tell us who is your favourite actor and favourite actress of 2016