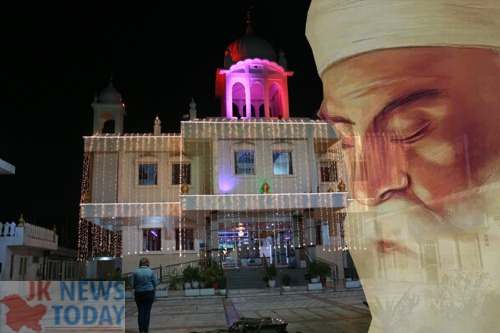 Apni Party President Syed Mohammed Altaf Bukhari on Sunday greeted the people of Jammu and Kashmir on the auspicious occasion of the 551th birth anniversary of Guru Nanak Dev Ji.

In his message issued here, Bukhari hoped that the occasion will bring peace and prosperity to the people. “Guru Nanak Dev Ji’s contribution in making spiritual truths easily understandable for common man shall be remembered for times immemorial. He rejected rituals and superstitions and kindled devotion to the creator of this world,” Bukhari observed.

Recalling the teaching of Guru Nanak Dev Ji, the Apni Party president said that the people should follow the path of brotherhood and co-existence as taught by the Guru Ji in letter and spirit. “The people should live with each other amicably and dedicate themselves for the service to humanity , especially the needy people in and around their vicinity,” he remarked. Bukhari also prayed for the unity in society and harmony in J&K.