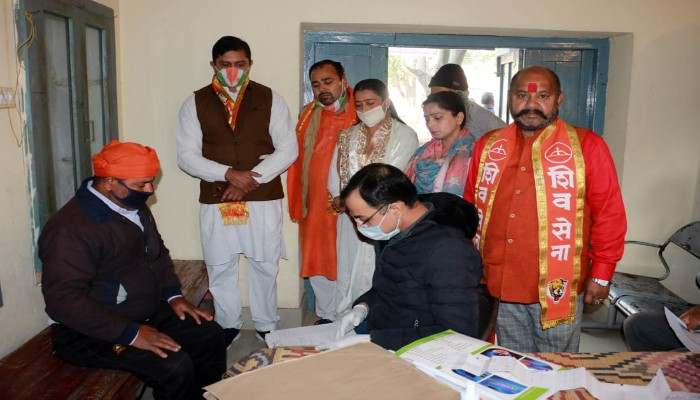 On the occasion, Mahant Manjit Singh was the Chief Guest, who inaugurated the medical camp and appreciated the efforts of Shiv Sena for organizes medical camp in the service of humanity.
Party State President, Manish Sahni said that in this camp, the team of medicos comprising Dr Rahul Sharma, a renowned orthopedic surgeon from Mumbai, rendered his services by examining and treating dozens of people.

Sahni said that most of the doctors in Jammu are not available due to corona crisis and are shying away from treating patients. People are forced to turn to neighboring states for their medical treatment, he added.

Sahni said that the doctor has been called another form of God. He expressed gratitude to Dr Rahul Sharma and his team for promising free services and setting up a free one-day camp at Shri Gurdwara Sahib once a month.