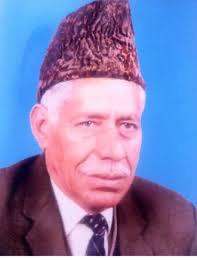 Apni Party President Syed Mohammed Altaf Bukhari has paid rich tributes to a visionary, one of most popular and towering politicians of Pir Panjal, Choudhary Mohammed Hussain sahab, on his death anniversary.

In a press statement, Altaf Bukhari remembered the contribution of Choudhary Mohammed Hussain to the society.

“Hussain sahab worked for the upliftment of the downtrodden section of society without discrimination by providing equal educational opportunity,” he said.

He said that his incomparable fight for the equal rights of the tribal community and all the marginalized sections of society in Rajouri and Poonch cannot be ignored.

“His work will continue to inspire the future generation and his devotion towards the upliftment of the needy and poor people will always be remembered,” he added.
Meanwhile, other Party leaders also remembered Choudhary Mohammed Hussain sahab and paid him rich tributes.