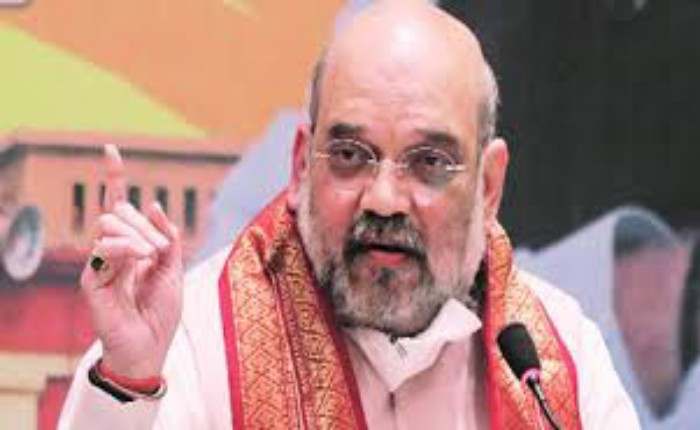 Union Home Minister Amit Shah on Saturday dispelled many doubts raised by skeptics regarding the restoration of the statehood to Jammu and Kashmir and the development works undertaken since the abrogation of Article 370 on August 5, 2019. This should put to rest all the speculations about the Centre’s intentions vis-à-vis J&K , and most importantly he has removed all the apprehensions that the decisions taken 18 months ago were guided by any communal considerations about which the opposition parties had launched a campaign.

More emphatic and much needed was the point that Home Minister made about the Hindu and Muslim officers. How could the officers be divided into communities , he asked ? His subsequent question that how it has been drawn that Hindu officers cannot serve Muslims and Muslim officers cannot serve Hindus, made it amply clear that the Centre works on the approach of unity and harmony and integration of the country.

“ Such a thinking ,” he warned, “ could destablise the situation in Jammu and Kashmir and hurt the efforts to restore peace in the sensitive police. Such thoughts would promote disruption and violence ,” he cautioned .

These assertions underlined a very important point that the August 5 decisions were not guided by any consideration other than the wholesome development of J&K . Home Minister’s words also made it clear more emphatically that all the charges that special status of Jammu and Kashmir- its separate constitution and flag, special rights and privileges – was done away with to undermine the Muslim majority of the region. J&K , as a state, was a Muslim majority, and even today when it is a UT, the demographic character has remained unchanged.

Jammu and Kashmir has not reached the stage where violence and those promoting violence have withdrawn forever. These forces continue to pursue their disruptive activities and no responsible nation can leave any part of its territory and people, especially a hype sensitive place like J&K unattended . “ All rights are important, but more important is the safety and survival of the people in a peaceful atmosphere,” Shah said and he could not have said it with greater emphasis . it reflects the Narendra Modi Government’s sincerity in making J&K a peaceful region where people’s lives and properties stay safe without any fear .

The spirit behind the abrogation of Article 370 and Article 35A on August 5 , it should be understood , was not merely a fulfillment of a political objective of the party , it had many more dimensions – integration of the people pf J&K with the rest of the country in full terms besides making the people of J&K complete stakeholders in the development of the country , and make nation to understand sensitivities and take care of it in the most earnest fashion.

Of course, the issue of the restoration of the statehood is very important , but when Home Minister said that it would be done at an appropriate time , it needs to be understood with the sincerity with which it was stated in Lok Sabha by the Home Minister.