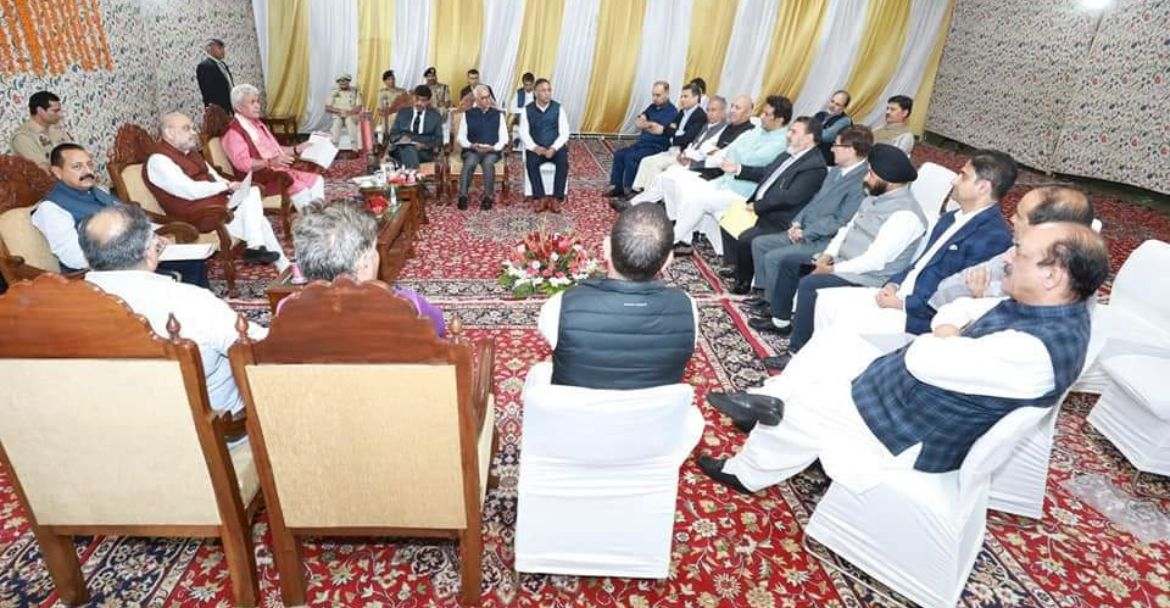 A high- level delegation of Apni Party led by its president Syed Mohammad Altaf Bukhari met Home Minister Amit Shah and reiterated its demand for restoration of statehood and holding of elections in Jammu and Kashmir at the earliest.


In a memorandum submitted to Home Minister, the Apni Party reminded him about his own commitment in the Parliament to restore statehood to J&K and holding of elections at the earliest. The memorandum was supplemented by a powerful articulation by the party leaders, especially Bukhari, that the statehood is a must in the given situation not only to fulfill his promise to instil confidence among the people but also to neutralise vicious propaganda unleashed by enemies of peace in the place.
“ The need of the moment is to make announcement of the restoration of statehood soonest possible so that a crisis of confidence and credibility could be addressed .”
The memorandum also spotlighted the need for early elections as the commoners have been looking for an electoral government.
The Apni Party, founded in March 2020, lived up to its reputation of taking up all issues concerning people all across J&K in the most realistic and appropriate manner, as its memorandum spoke of fair and transparent recruitment, the problems of the fruit growers and merchants.”
It also called for the release of youth and raises several other issues of the people .
Here is the full memorandum