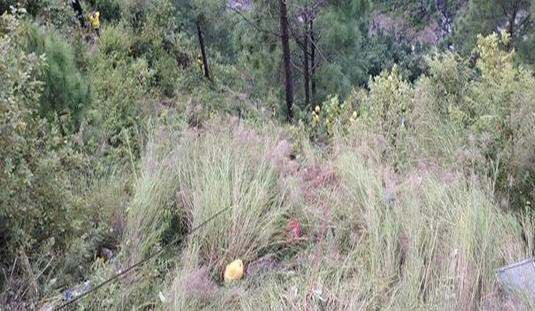 Dehradun: Twenty-five people have died after a bus carrying a wedding party of over 40 people fell into a gorge in Uttarakhand’s Pauri Garhwal last night. A total of 21 passengers were rescued by the state disaster response force and police following an overnight operation at the spot of accident near Simdi village.

“Twenty five people were found dead in the Pauri Garwhal bus accident that took place last night in the Birokhal area of Dhumakot. Police and SDRF rescued 21 people overnight; the injured have been admitted to nearby hospitals,” state police chief Ashok Kumar.

The state police chief has tweeted visuals from the overnight operation, in which rescue teams can be seen taking the injured passengers to safety.

Chief Minister Pushkar Singh Dhami expressed his condolences for the deaths in the tragedy and said the state government stands with their families.

Earlier, Haridwar police chief Swantantra Kumar Singh had said that the wedding party had left from Laldhang in the district, and they later received the information that the bus met with an accident.