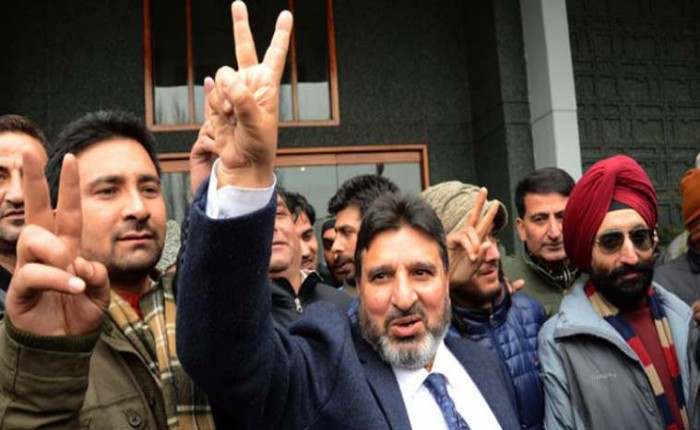 By winning the top two posts of the chairman and vice chairman in the two major districts of Srinagar and Shopian District Development Councils , Apni Party has scripted a new chapter of challenges for itself – more than the victory, it is now mulling how to deliver on its promises.

“ This is just a starting point , because our goal is not power, but the power to serve the people as per our promises, which are real not utopian . In democracy realism works not the unachievable targets,” Apni Party president Altaf Bukhari has stated it time and again.

He should know that his party would come under larger spotlight and scrutiny now as it has stepped into the arena of power politics , because the DDCs are the district level forums of political power. The performance at the district level can lay foundation for bigger political platforms and the bigger responsibilities.

Apni Party was active on the fields. The leaders , Altaf Bukhari, Ghulam Hasan Mir, Javed Baigh,, Rafi Mir and so many others were campaigning during the course of the DDC polls. They were talking of development and accountability , and its contribution in making the DDC polls successful would be written in bold as it was hardly seven-month-old when it took plunge into the elections against the rivals who were promising the complete reversal of August 5 decisions . But , they were not seen in the campaign in the field, so much so that they were absent on social media, their favourite means of telling what they felt . It was rightly observed that when the people wanted to know their standpoint, they were tweeting pictures of snow.

The two things have happened after this crucial victory – one , Apni Party’s sterling performance has evoked tremendous envy from the traditional parties that had been riding on the emotional slogans to which the people turned their back in the DDC polls . This envy is understandable , but the problem is that they are trying to distort the facts – if Apni Party was a “King’s party” as has been their charge from the beginning , then why didn’t the BJP itself form the councils.

Simultaneously , the expectations of the people in Kashmir who had been in search of a credible political alternative to the traditional parties , have sky rocketed . They want the Apni Party to translate all its agenda promises into the reality. Its performance and delivery system in Srinagar and Shopian would be closely watched at all steps .
They are also expecting that Apni Party should empower the people by getting them the statehood that was taken away from Jammu and Kashmir in August 2019.

In politics things do not happen by coincidence . Apni Party had been pitching for the restoration of 4G in J&K. Its President Syed Altaf Bukhari had reiterated this demand before the Prime Minister Narendra Modi less than a week before the high-speed internet service of 4 G was put back in the cyber space.

This should serve as a hint that consistency and realism in politics are important components of credibility . Apni Party is on test.