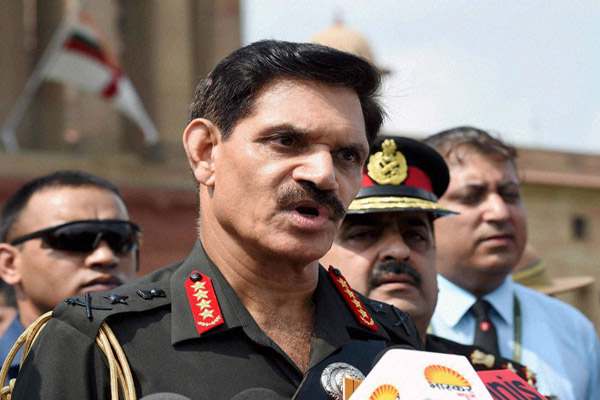 Indian army chief Gen. Dalbir Singh Suhag  Wednesday  asked the armed  forces here to be prepared for an all-out offensive against terrorists in Jammu and Kashmir  as he reviewed the security situation following terror attack at Nagrota , near here, on Tuesday.

He had arrived  here  today to take stock of the situation arising out of the terror attack at an army camp in Nagrota in which two officers and five soldiers were killed on Tuesday by three terrorists.

Short of saying that it is  an unacceptable situation , the army chief made it clear that  the army should be better prepared to deal with such situations . He said that the terrorism would not be allowed to grow in the state  any further, sources said.