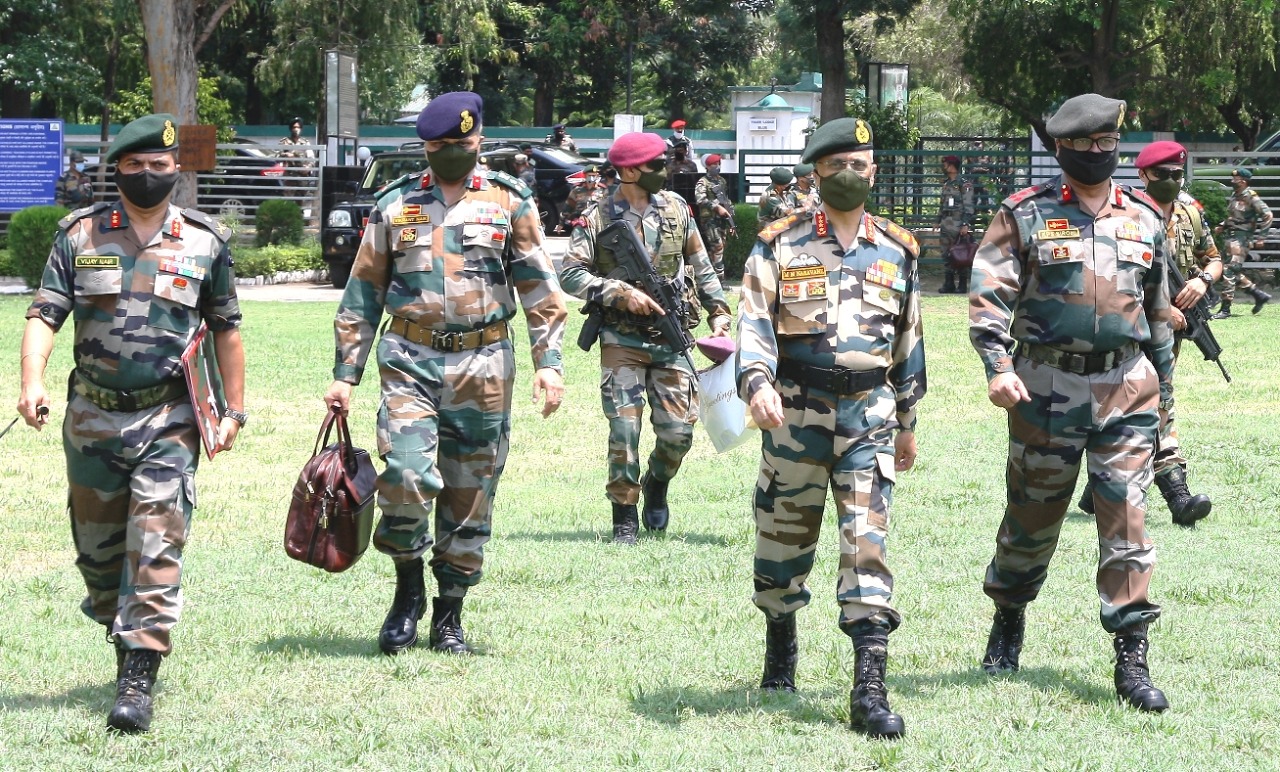 The COAS was briefed by Lt Gen Upendra Dwivedi, GOC, Rising Star Corps on the operational preparedness, up-gradation of security infrastructure and the internal security matters. The Army Chief accompanied by GOC Tiger Division reviewed operational preparedness in forward areas. He interacted with the field formation Commanders and troops on ground during forward area visit. The General also visited the forward areas of Gurj Division and was briefed by Maj Gen YP Khanduri, GOC Gurj Division.

The COAS reinstated the fact of ‘Zero tolerance’ against the ceasefire violations by Pakistan and infiltration attempts by terrorists. He further highlighted that all agencies of the services and Govt are working together relentlessly and will continue to do the same to defeat the nefarious design of proxy war being fueled by our adversaries.

The Army Chief addressed all ranks of Western Command through video conferencing and lauded the morale of the troops. He expressed complete confidence in Indian Army’s capabilities to thwart any misadventure by the enemies of our country and handle any situation.

He also commended the efforts of all the formations of Western Command in the fight against the COVID-19 pandemic by supporting the ongoing ‘Op Namaste’.