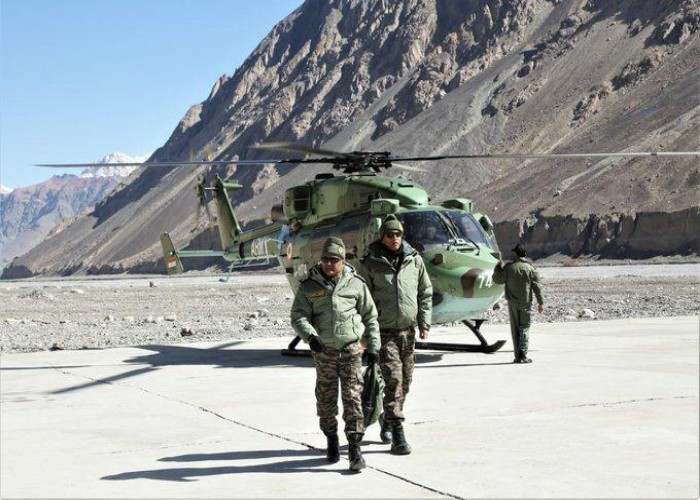 The new Indian army chief Gen. Manoj Pande on Saturday visited the forward areas along the Line of Actual control where a tense stand-off with Chinese troops had entered third year since April this year. The Chinese driven stand-off in the eastern Ladakh had begun in April 2020.

India has matched deployment of troops and machinery to that of Chinese to foil any aggressive moves by the adversary. Though the things have remained quiet on the borders since the Galwan Valley clashes in June 2020, the end of the stand-off is not in sight.

Taking the situation along the Chinese border as urgent , Gen Pande undertook his first visit outside Delhi to Ladakh to have a fresh assessment of the situation, which included the operational preparedness of the troops in the Himalayan heights where even summers are like severe winters.

Gen Pande has undertaken a detailed review of the situation, interacted with troops and refreshed the strategic study as to how to bring about status quo ante through dialogue and diplomacy . It was made clear that Chinese will not be allowed to have their way .