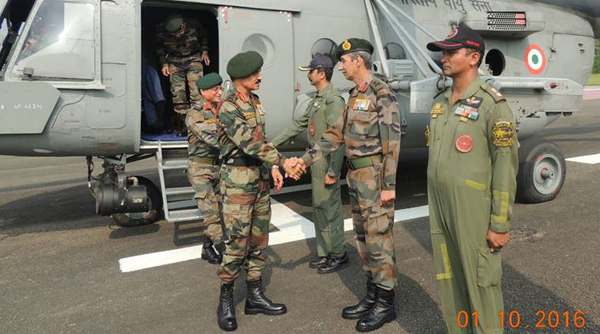 The chief of Army staff, General Dalbir Singh  during his visit today to headquarters Northern Command at Udhampur exhorted troops to be aggressive in their approach towards inimical designs of the enemy

The General interacted with the formation commanders and reviewed situation along the LoC as well as internal situation in the command theatre. Army chief commended soldiers for boldly responding to ceasefire violations along LoC.

He also lauded the synergy and cooperation between Northern Command, Airforce, Paramilitary force and civil administration.

Army chief exhorted the troops to be alert against inimical designs of the enemy and be aggressive in their approach.