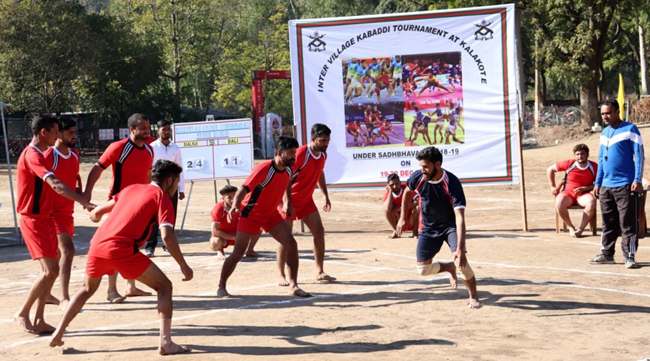 Highlighting the prosperity, bonhomie and harmony among the local populace and the Indian Army, a ‘Inter Village Kabaddi Tournament’ was organized by the Army at Kalakote, Reasi from 19 to 21 Dec 18. The event was part of the Army’s efforts to promote positive youth development through sports and provide a platform to showcase their talent.

Over 175 locals from a number of villages in Rajouri District turned up to witness the final match, which was a heartening sight for such a remote area of the state. This symbolises love for sports as also the feeling of bonhomie amongst the locals in this region.

All the participating team members displayed excellent sportsman spirit during the conduct of the tournament. The Sarpanch and elders of the villages in Rajouri expressed their gratitude towards the Army in its endeavours to motivate the youth of the region and bring in bonhomie.