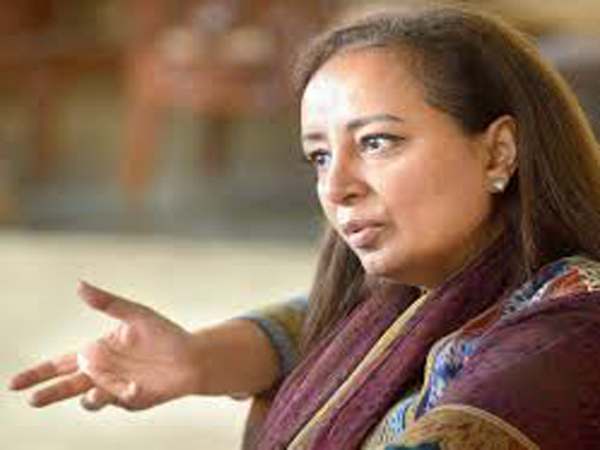 Mawahib al Shaibani, an Art of Living teacher working in Syria and Iraq to provide trauma relief and support to refugees and victims of war, recently spoke about the need to give locals a chance at peace.

The former UAE banker changed her life after a meeting with AoL founder Sri Sri Ravishankar.Mawahib is also a victim of civil strife.
“We had to start all over again in the UAE. We left Yemen with just the clothes we wore. We were not allowed to take anything else,” she told SwarajyaMag. “All I can remember is being on a ship and it was dark and there were rats.”

A desire to deal with the stress of her job led her to an AOL programme, followed by a sabbatical on which she travelled to Iraq to teach the programme there, in 2003. What she saw there changed her irrevocably.

“There were honour killings, early marriages, death due to multiple unplanned pregnancies and gender violence was endemic,” she says. Soon, she was conducting empowerment programmes in Baghdad, helping women make financial choices and educating them to make them employable while helping them fight social stigma and biases.

Mawahib is currently leading a rescue operation for Yazidis trapped in Sinjar. She is in India to learn techniques to give Iraqis peace and free them from trauma. She and a team of 27 Iraqis will return back to the war-torn region to bring peace to one of the most conflict-ridden and traumatised regions of the world.

The senior AoL trainer has, along with colleagues, held over 6,000 training sessions in trauma relief and counselling for Iraq war refugees and survivors.

Sharing her experience of working in Syria, she said, “Thousands were trapped in the mountains with no food or water. 7000 Yazidi girls, aged between 9-35 years, were taken captive by the ISIS. We rescued and rehabilitated a 15-year-old girl victim of gang-raping along with many other women who are trapped and are being sold by ISIS for as little as USD 10.”

Girls rescued from ISIL recounted how they were raped multiple times before lunch, then put to work making bombs, and then raped again, sometimes as often as 50 times in a day. Six and seven-year-old boys have returned with murder on their hands – having to slit the throats of up to 150 people in their time as hostages. “I meet some children there and their eyes are dead – they have no hope,” Shaibani says, her calm demeanour belying the carnage she has witnessed.