As G7 bashes him, Putin to make 1st foreign trip since Ukraine war 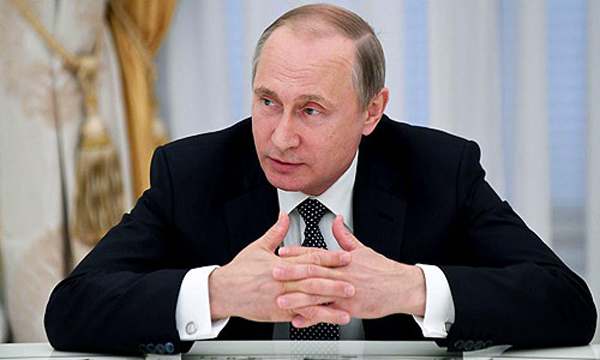 Russian president Vladimir Putin is set to make his first international trips since ordering the invasion of Ukraine on February 24 this year. Putin will be visiting Tajikistan and Turkmenistan, reported news agency Reuters, citing local media, adding that the Russian president will also meet Indonesian president Joko Widodo for talks in Moscow post the two visits.

Putin is reportedly set to meet Tajik president Imomali Rakhmon – a close Russian ally and the longest-serving ruler of a former Soviet state – in Dushanbe. He will attend a summit of Caspian nations including the leaders of Azerbaijan, Kazakhstan, Iran, and Turkmenistan, Zarubin added.

Further, Putin is also planning to visit the Belarus city of Grodno on June 30 and July 1 to take part in a forum with Belarusian president Alexander Lukashenko, reported Reuters citing the RIA news agency that had cited the speaker of Russia’s upper chamber of parliament Valentina Matviyenko.

Putin’s last known trip outside of Russia was a visit to China’s Beijing in early February. During his visit, Russia and China had unveiled a ‘no limits’ friendship treaty.

As Putin’s first trip details are revealed, four G7 nations – Britain, Canada, Japan, and the United States are inching closer to banning Russian gold exports in a bid to stop oligarchs from buying the precious metal to avoid the impact of sanctions against Moscow.

US president Joe Biden on Sunday in a tweet had said: “US has imposed unprecedented costs on Putin to deny him the revenue he needs to fund his war against Ukraine. Together, the G7 will announce that we will ban the import of Russian gold, a major export that rakes in tens of billions of dollars for Russia.”

In another post on Monday, he added, “Together, the G7 is demonstrating the strong global leadership it will take to maximize the costs to Putin and his enablers and address the impact of his war on the global economy.”

Multiple nations – across the world – have imposed sanctions on Russia due to the war on Ukraine. The invasion of the war-torn country that began on February 24 has killed thousands of people and has displaced millions.

Meanwhile, leaders of the G7 nations on Sunday mocked the “macho image” of Putin during a meeting in Germany. Jokingly, UK prime minister Boris Johnson asked if “their jackets should come off – or if they should even disrobe further.