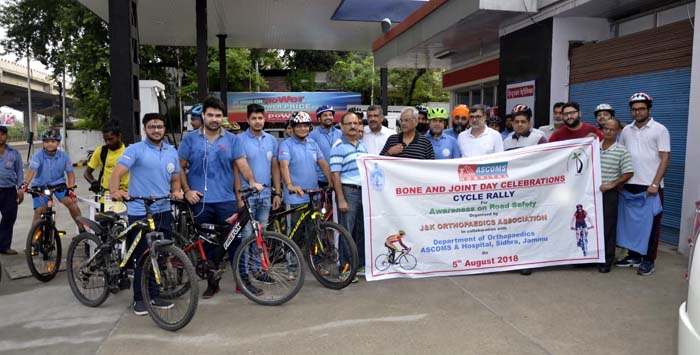 Mr. Sanjeev Verma, IAS, Divisional Commissioner, Jammu was the Chief Guest on the Valedictory function speaking on the occasion.  Mr. Sanjeev Verma appreciated the efforts of Jammu Kashmir Orthopedic Association and ASCOMS & Hospital, to have effectively taken up the issue of great public importance and congratulated the organizers for their efforts to create awareness amongst the public.   As this year theme of National Bone & Joint Day was road safety, so this rally was organized to create awareness amongst the people on road safety & traffic rules with a take home message ‘always follow traffic rules to avoid accidents’. Prizes for the best cyclists were distributed by the Chief Guest.