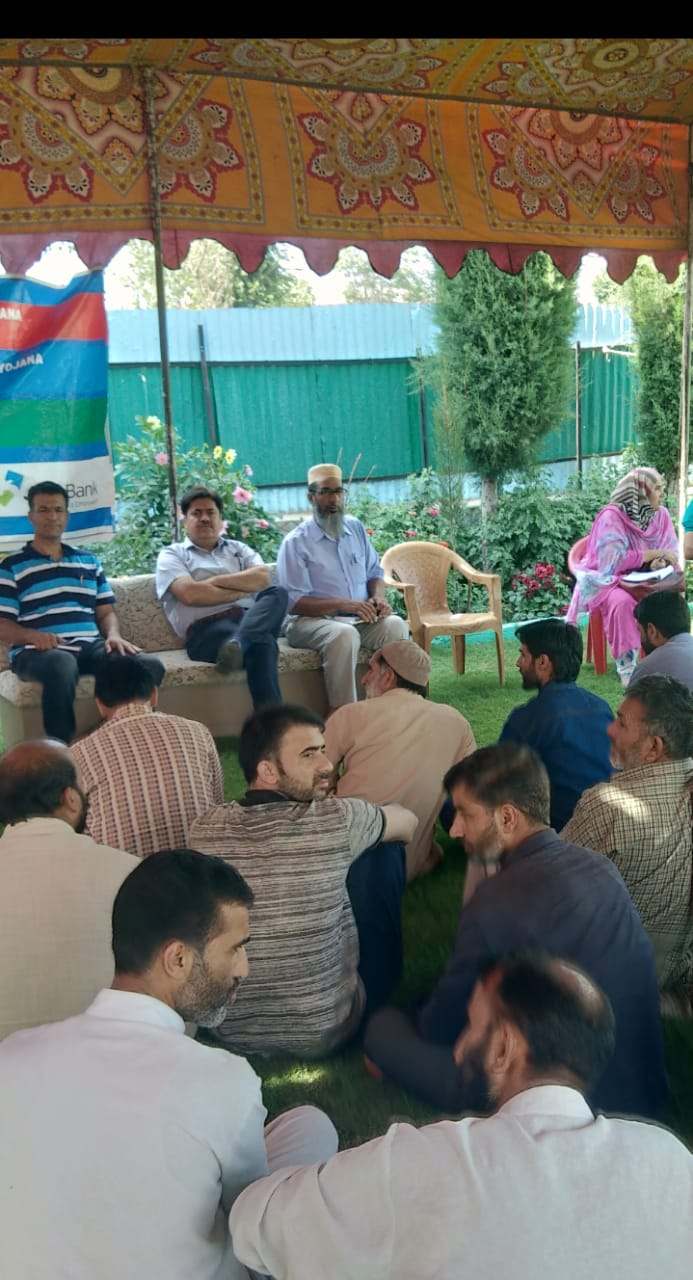 Financial literacy & credit counseling camps were organized across length & breadth of district budgam during the month of july 2018 under the aegis of lead district office Budgam headed by Lead District Manager Ajaz Ahmad along with FLCC Budgam Zaffar Ahmad Makhdoomi and team.

Main thrust was given to the remote & unbanked villages of the district where the people were educated about different employment generation schemes of banks to improve the financial conditions of the financially downtrodden people of the district. Special emphasis was laid on unemployed  youth who were apprised about the government sponsored schemes & bank specific schemes to to get themselves self-employed and generate sustained income for themselves.

A new concept about the awareness in the unbanked villages of district Budgam was conducted in which experts from various line departments were involved in awareness camps who educated and motivated people to avail benefits from the schemes of the respective departments. Besides,  skilled and non skilled people were segregated .The skilled section who were ready to avail the benefits of the facilities provided by central and state government were credit linked on spot and number of unskilled people were motivated to get involved in their economic development and were selected on spot for different skill trainings. They would be linked to credit facilities later.

Students were educated regarding loans and advances offered by the banks for pursuing higher studies & career building as also provision for loans to undergo coaching classes for professional courses is also available within the banks .special session were held to inform the participants about the digital banking and its benefits with special mention about the precautions to be taken while using digital platform for transactions. The people were informed about  prime minister jandhan yojna prime ministers Jeevan Jyoti Beema Yojna; prime ministers Suraksha Bheema Yojna ; Atal Pension Yojna ; Pradhan MantrI Rozgar yojna etc .The unbanked areas of the blocks khag ,waterhail,pakherpora,sukhnag were covered in mass awareness.