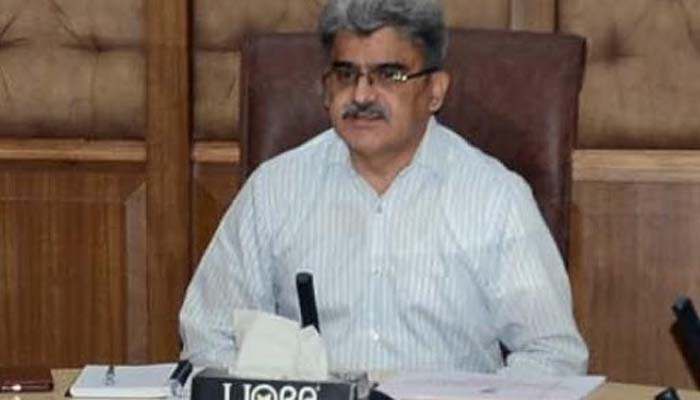 While chairing the meeting, Financial Commissioner stressed upon the officers for prompt issuance of SEHAT cards under the scheme to all registered beneficiaries and registration of all left outs on BIS Portal.

He also directed the concerned authorities to start Information Education and Communication (IEC) activities on mission mode by roping in other departments for creating mass awareness in the districts for speeding up registration process.

The FC also directed the State Managers of Community Service Centres to activate Village Level Entrepreneurs so as to improve the registration process in rural areas.

Atal Dulloo directed all the Medical Superintendents and Chief Medical Officers that the patients of the IPDs should be provided benefits under the scheme. He further directed them that special camps should be organised for increasing the registration process besides timely submission of claims and reply to queries should be done for ease of beneficiaries.

They were further asked to submit the registration report under SEHAT scheme on daily basis.

The FC also directed the insurance companies to release the payment to the hospitals without raising any unnecessary queries.

Highlighting about the scheme, Dulloo said that AB PM-JAY SEHAT Scheme is one of the most ambitious schemes of Government of Jammu & Kashmir and it is heartening to see residents availing benefits from reputed empanelled hospitals of Jammu & Kashmir under this scheme.

The meeting also discussed in detail the modalities for speeding up the registration for SEHAT scheme and directions were passes on to all the Deputy Commissioners to increase registration of beneficiaries under the scheme in their respective districts.

During the meeting, the FC was briefed about the registration process and the issuance of the Golden Cards.

The Financial Commissioner was further informed that since the launch of the scheme, 30,80,305 residents of Jammu and Kashmir have already been registered under the scheme and 23,97,677 Golden cards have been issued to eligible beneficiaries.

The scheme was launched by Prime Minister on 26th December 2020 and it aims to provide Universal Health Insurance Coverage of Rs. 5.00 lakh per family on a floater basis in convergence with central government’s Ayushman Bharat Pradhan Mantri Jan Arogya Yojana (AB-PMJAY).

For the ease of the beneficiaries, government of Jammu and Kashmir has started registrations for the scheme in all empanelled hospitals besides a network of more than 5000 Common Service Centres (CSCs) has been established for this purpose.