Azhar sanctions: Uri out of India’s proposal to U.N. 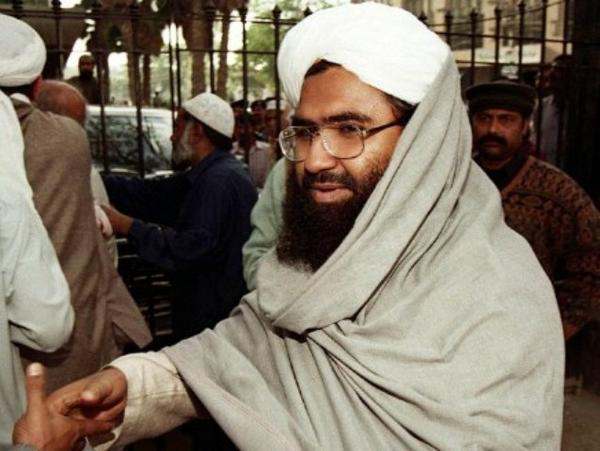 India has decided to drop any reference to the Uri attack from its proposal to be placed before a United Nations sanctions committee to designate Jaish-e-Mohammad (JeM) chief Masood Azhar as an international terrorist, a senior government official told The Hindu.

China had put a technical hold on this proposal in April this year, which was extended on October 1. Within hours of the attack on the Uri Army camp on September 18, where 18 soldiers were killed, the Director-General of Military Operations Lt. General Ranbir Singh told a press conference in Delhi that the attack was carried out by two terrorists belonging to the JeM.

The investigations were then handed over to the National Investigation Agency (NIA), which is yet to conclude its probe. Intelligence officials, however, have said the modus operandi of the Uri attack had tell tale signs that it was carried out by Lashkar-e-Taiba, another Pakistan-based terrorist outfit.

Azhar, a resident of Bahawalpur in Pakistan, has been accused by Indian agencies of orchestrating several terror attacks here including the attack at the Pathankot airbase on January 2.

“We decided to drop any reference to Uri from the proposal as the NIA investigations have so far not led to any conclusive evidence that JeM was involved. We will stick to the earlier cases registered against him. Initially there was a plan but it will not be there in the final document any more,” said a senior official.

The official said India would apprise the 1267 Taliban/Al-Qaeda sanction committee that Azhar has close links to the Taliban and consequently to Al-Qaeda. His involvement in the attack on the Indian Parliament in 2001 has also been included.

Azhar lives in Bahawalpur, Pakistan and also runs a charitable organisation, Al Rehmat Trust, as a cover for the activities of his terrorist outfit, the JeM.

As reported earlier by The Hindu, the Home Ministry had constituted a three-member committee to expedite the procedures required to place Azhar, former Indian Mujahideen member Shafi Armar, who is now said to be the media chief of Islamic State, and Hizbul Mujahidden chief Syed Salahuddin on the United Nations list of proscribed terrorists.

The committee was constituted after Home and External Affairs ministries blamed each other for the delay in sending the proposal to the 1267 Taliban/Al-Qaeda sanction committee. After China put a technical hold on designating Masood Azhar as an international terrorist in April this year, India decided to send a robust proposal to the UN committee, which was put on hold by China again in October, before India could submit it.

Another official said the last listing on Masood Azhar had been filed with the UNSC 1267 committee just prior to the Uri attacks, and the government had not yet decided on filing a corollary to it. “We are waiting it out and have not filed any other listing for carefully considered reasons,” the official said, in a possible indication that India hopes for a change in China’s position after the meeting between NSA Ajit Doval and State Councillor Yang Jiechi in Hyderabad on November 4.