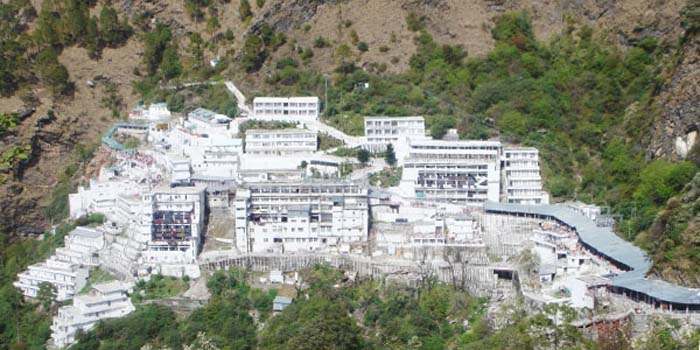 Hotel and Restaurant Association, Katra today government should launch a huge publicity campaign across India to dispel notion among people that unrest in Kashmir affects whole of Jammu and Kashmir.

Delegation was led by association president, Rakesh Wazir and was accompanied by its chairman Shyam Lal Kesar and other members.

Wazir while speaking on the occasion said that religious shrines like Mata Vaishnodevi shrine and all tourist  places of Jammu region, Ladakh and even some places of Kashmir region were not disturbed by the recent disturbances  at Kashmir and were as peaceful as ever but due to media hype all over world these places too got severely affected and a major publicity campaign through different mediums will bring back the Tourism of the state on track.

He further said that with this recent turmoil even major film units which had planned their shootings in Kashmir valley including Salman Khan starrer “Tube light” had been shifted to neighbouring states like Himachal Pradesh could have been shot in places in Jammu region if a proper campaign would have been launched.

“Now with the recent aggressive publicity move of the government will bring all those tourists, film units and people back to the state but the state government needs to carry it forward even with more thrust”, said Shyam Lal Kesar.

Kesar appealed that the major achievement in increasing the Tourism can be achieved only if we be able to divert the one crore tourists  visiting Vaishnodevi ji every year to other parts of the state, by which we can increase the stay of the Yatries viz-a-viz economy of the state as well.

The statement issued by association says that Chief Minister Mehbooba Mufti listened the representatives very patiently and said that it was the dream of former CM, Mufti Mohammad Sayeed to make Jammu region as an independent Tourist destination and leaving aside our governments efforts, since it was the dream of Mufti Sahib it will be fulfilled at every cost and all the views and suggestions put forth by the association will be considered sympathetically.