Biden wants to work with Modi in tackling global challenges 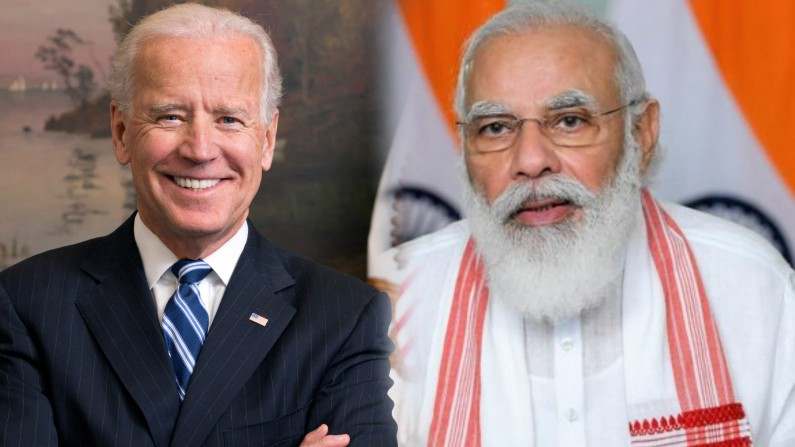 Prime Minister Narendra Modi’s congratulatory call to the President elect of the USA Joe Biden was in fact a statement of strengthening of the strategic partnership of the two countries and given the situation at the global level, especially South Asia .

It holds extraordinary significance . It also underlines yet another fact that Modi is a world leader who can be trusted to lead the fight against the challenges that the world is afflicted with , particularly in these times of the pandemic that has cast a big shadow all over the world and crippled economy in most of the countries .

Modi’s word at the global level matters the most when it comes to overcoming the global challenges .
A readout released by the office of the President-elect’s office about Prime Minister Modi’s congratulatory call to Biden said that the president-elect “ expressed his desire to strength and expand the US-India strategic partnership alongside the vice president of South Asian descent . The president elect noted that he looks forward to working closely with the prime minister for the shared global challenges., including containing Covid-19 and defending against future health crises , tackling the threat of climate change , launching the global economic recovery , strengthening democracy at home and abroad, and maintaining a secure and prosperous Indo-Pacific region.”

This read out , when analyzed closely the President-elect of the US is seeking cooperation of the Indian Prime Minister in almost everything that is troubling the world , and how to find the way forward to come out of the crises . Modi’s work during the pandemic at the international level is known -more than 150 countries were delivered aid, including medicines by India , and he has also promised that India will share the benefits of the vaccine on which a vigorous effort is being made in the country.

That he was among the first few world leaders whose congratulatory call was arranged and received by Joe Biden is a demonstrative of the importance that Biden gives to the Indian leader who has an unprecedented mandate behind him. For that matter, even Biden’s predecessor still in White House President Donald Trump had very good personal equation with Modi.

Such is the impact of the relationship between India and America that Prime Minister and Joe Biden could recall their days when latter was vice president of the US .The two had been in conversation with each other in furthering the mutual interests .

What Modi represents for the world , particularly the United States , the most powerful country in the world, is political and regional stability that he has engendered in the region despite several destabilizing forces at work in the region . He has withstood all the challenges in the South Asian region by punishing those who have been nurturing and exporting terrorism into India . this was not only the message to one country that figures on the terror list of the world – Pakistan , where al-Qaeda chief Osama bin Laden was found by Americans and where several universities of terrorism are flourishing , but also to the others in the region that India would show zero-tolerance to terrorism of all forms and manifestations.