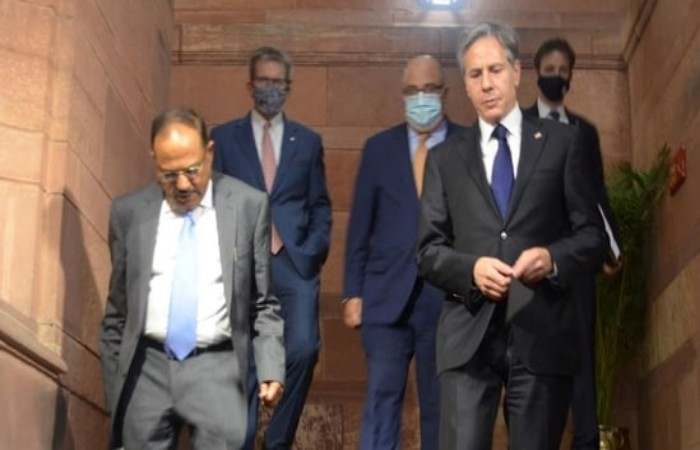 National Security Advisor (NSA) Ajit Doval met US Secretary of State Antony Blinken today and had a frank and candid exchange over situation emerging in Afghanistan, Indo-Pacific and the regional and global security situation.

The meeting in which both sides were seem to be converging on developing conflict situation across the globe went on for over an hour at Doval’s South Block office in New Delhi this morning.

“The meeting was marked with warmth and convergence with Secretary of State Blinken sharing his perspective over Afghanistan and the Chinese belligerence in South China Sea and Indo-Pacific. The National Security Advisor, on his part, shared the Indian security perspective on Af-Pak region, Taliban offensive in Afghan and the situation in East Ladakh. Both the sides had a very frank exchange on the security scenario in the region and discussed ways to stabilise Afghanistan in the wake of the Taliban offensive,” said a senior South Block officer.

Both sides also discussed strategic issues of importance in security, defence, economic and technology-related sectors. Special attention was laid on long-term measures to take the relationship of both the countries to the next level.

The two sides also discussed the forthcoming Quad summit in the US in October. While India, US and Australia are all for an early October summit in Washington, Japan is still to confirm the date in October due to general elections in the country.

The two leaders exchanged views on contemporary and futuristic issues related to regional and global security.