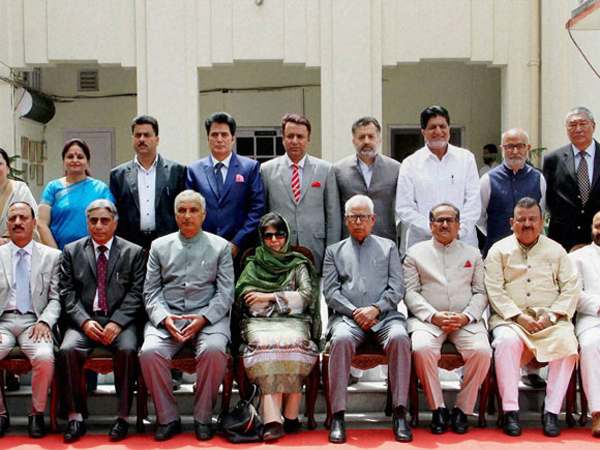 A massive ministerial reshuffle has been planned and the Chief Minister Mehbooba Mufti is having all the backing of Delhi to snip wings of the ambitious lot in her ministry.
She has decided to put  Finance Minister Haseeb Drabu and Education Minister Naeem Akhtar on notice, sources close to her disclosed to the JKNT.
In the incoming reshuffle , there is a strong possibility of Altaf Bukhari , high profile and effective MLA from politically critical Zamora Kadal staging a come back. Mehbooba has realised the mistake of keeping him out of her ministry.
Bukhari was  PWD minister in her late father Mufti Mohammad Sayeed’s cabinet.
Ram Madhav , BJP General Secretary and points man of the part on Kashmir will decide on change of party ministers in consultation with Prime Minister  Narendra Modi and  BJP president Amit Shah.
The reshuffle will take place  after Durbar move in Jammu.