Chandu Chauhan, who crossed border, is alive, will be released soon: MoS Defence 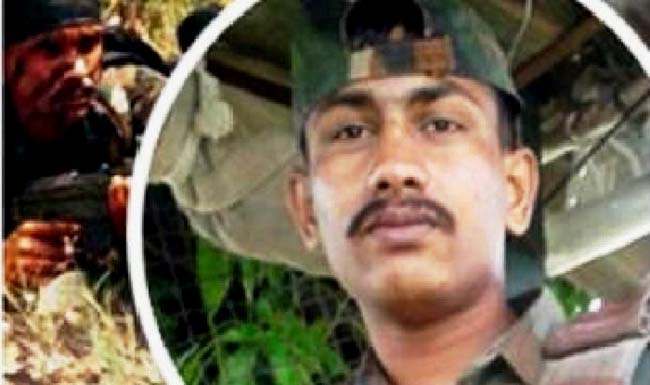 Government on Thursday said efforts are being made for the safe return of 22-year-old Indian soldier Chandu Babulal Chavan (22), who inadvertently crossed over to the Pakistani side of the Line of Control (LoC).Chandu, who was serving with 37 Rashtriya Rifles, had been captured by Pakistan after he crossed on September 30.

Bhamre said , “We are trying at the level of DGMO, so far the DGMO has spoken to the counterpart minimum 15-20 times”. He further added saying that Chandu Chavan has been admitted and is alive and was informed that Pakistan will soon release him after enquiry.

Bhamre on Wednesday said though there is an official agreement between India and Pakistan over handing over of such jawans, in the current scenario it will take more time to get him back. “We have referred to the agreement and communicated with Pakistan government. It is true that relations between the two governments are a bit tense after the incident (cross-LoC surgical strikes). But, we will continue our efforts and bring him back,” he said.

India repeatedly has written to Pakistan, seeking Chauhan’s  return. Union Home Minister Rajnath Singh has assured that the release of the Indian soldier was being taken up with Islamabad and all efforts are being by the government for his early release. As per earlier reports, Chauhan was captured by Pakistani troops at Jhandroot, west of Mankote, and was now being kept at the military headquarters in Nikayal.