Deep disturbance to peace, tranquillity along LAC has impacted ties with China: Jaishankar 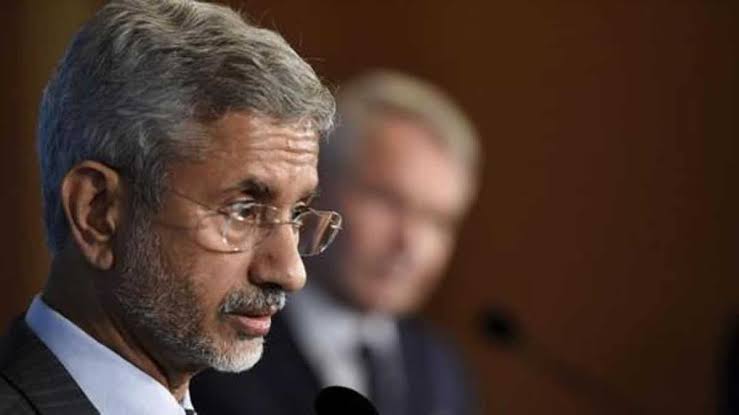 External Affairs Minister S Jaishankar on Saturday said peace and tranquillity along the Line of Actual Control (LAC) in eastern Ladakh has been “deeply disturbed” and it has impacted India’s bilateral relationship with China.

Speaking during a webinar, Jaishankar said normalisation in ties in terms of trade, travel, tourism, businesses and various kinds of societal activities developed from the late eighties on the premise that there will be peace in border areas.

“China is visibly rising from the last many many years… we happen to be neighbours. The challenge here for us is that, with China, we have sought to normalise which was very difficult relationship. Normalisation, which really meant trade, travel, tourism, businesses and any kind of societal activities, that developed from the late 80s on the premise that there will be peace and tranquillity in the border areas,” he said.

The minister said India understands that boundary dispute is a very complicated and very difficult issue.

He said there must be peace and tranquillity along LAC which has been the case since the late eighties.

“It is not our position that we should solve the boundary dispute. We understand that it is very complicated and very difficult issue. There must be peace and tranquility along Line of Actual Control and that has been the case since the late 80s. If these are deeply disturbed then obviously there be will an impact on the relationship and that is what we are seeing,” he said.

Jaishankar had spoken at an event hosted by Asia Society on Friday and said that border tensions obviously have had “a deep public impact and a very major political impact and it has left the relationship profoundly disturbed”.

“Today, there are very large number of troops with weapons concentrated on that segment of the border, and that is a very critical security challenge that we face,” he said, noting that China’s actions at the border were a sharp departure from a course of relationship over 30 years since Rajiv Gandhi was the Prime Minister.

There has been border stand-off following transgressions by China in eastern Ladakh in April-May.

The two countries have held several rounds of military and diplomatic talks. A statement released after the 7th round of Senior Commanders meeting of India and China held in Chushul on October 12 said the two sides had a sincere, in-depth and constructive exchange of views on disengagement along the Line of Actual Control in the Western Sector of India-China border areas.

The Indian side has prepared itself for long-term deployment in the high mountainous region in view of the prevailing situation.