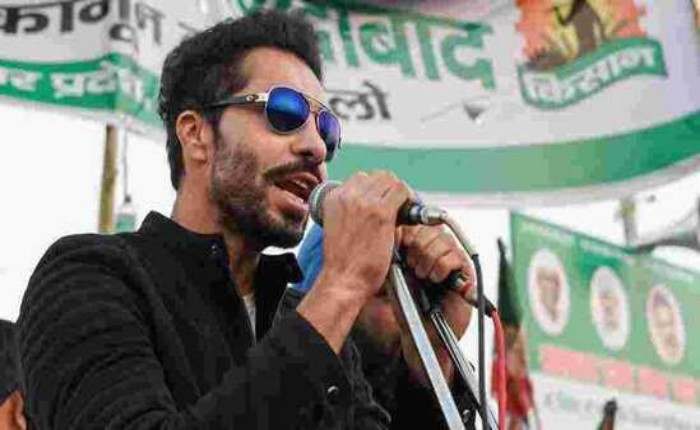 Punjabi actor-turned-activist ctor Deep Sidhu, who was allegedly involved in the violence and vandalism at the Red Fort during the farmers’ tractor rally on January 26, was arrested by Delhi Police’s special cell late on Monday night, officials said on Tuesday.

Last week, the Delhi Police has announced cash rewards of ₹600,000 for information leading to the arrest of eight suspects, including Sidhu. “We have announced ₹1 lakh against Sidhu, Jugraj and two others because they appear to be the key conspirators. Raids have been conducted at many places in Punjab and other states, but the suspects are absconding. The family members of some of them are also untraceable,” a senior officer, requesting anonymity, has said on February 3.

Sidhu was seen among the protesters in the many video clips and photographs which showed protesters clashing with the security personnel and hoisting the religious flag on the Red Fort. Police said they have identified more than 260 vehicles, including nearly 100 tractors, which were part of the rally and involved in the violence at the fort and other places in Delhi when protesters clashed with the police after breaking barriers and entering the city from Ghazipur, Singhu and Tikri.