Navy Sailor Dies After Alleged Kidnappers Set Him On Fire 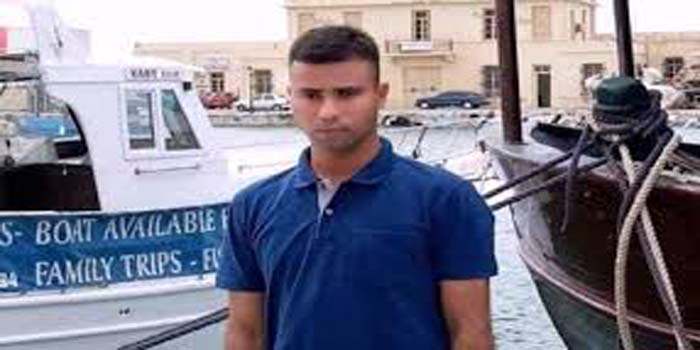 A Navy sailor died at a Mumbai hospital Friday morning from injuries sustained after he was set on fire in a forest in the adjoining Palghar district, allegedly after a failed kidnapping attempt.

Suraj Kumar Dubey, 26, died from injuries in a barbaric incident; his attackers set him on fire after they believed they would not receive the ransom – ₹ 10 lakh – that they had demanded.

“A Naval sailor, Suraj Kumar Dubey, L/S, age 26 yrs of INS Agrani, on leave from the unit, was found in Palghar, Maharashtra, with 90 percent burns on the morning of February 5. He was brought to INHS Asvini and declared DOA,” a statement from the Navy said.

A case has been filed and Palghar Police are investigating the matter, the statement added.

Mr Dubey, posted to the INS Agrani training institute in Tamil Nadu’s Coimbatore, was kidnapped from outside Chennai airport on January 30. He was flying back from visiting his family in Jharkhand’s Ranchi – he had been on leave – and his flight landed in Chennai at 9 am.

According to the police, as Mr Dubey exited the airport he was accosted by three unidentified persons – one of whom had a gun – and forced into a white SUV.

His mobile phone was taken from him, and a ransom demand of ₹ 10 lakh made to his family.

Police say Mr Dubey was held in Chennai for three days and then taken to a forest in Palghar’s Gholwad area (some 1,500 km away), where kerosene was poured over him and he was set on fire.

The villagers who found him informed local police, who admitted him to a local hospital. As his condition worsened, he was shifted to the Asvini naval hospital in Mumbai, but he died on arrival.

Palghar Police have registered a murder case against unknown persons.

“In Palghar our armed forces are not safe. Even our sadhus aren’t safe,” he tweeted, referring to the mob attack on two sadhus and their driver in April last year and repeating his call for a CBI probe.

Last month the Maharashtra CID Branch arrested 19 people in connection with that incident, taking the total number of arrests to 248; 15 of those are minors.

“When will justice be achieved? For the young man who protects the country and for the sadhus who protect the culture?” Ram Kadam asked, tagging Chief Minister Uddhav Thackeray’s office and state Home Minister Anil Deshmukh.