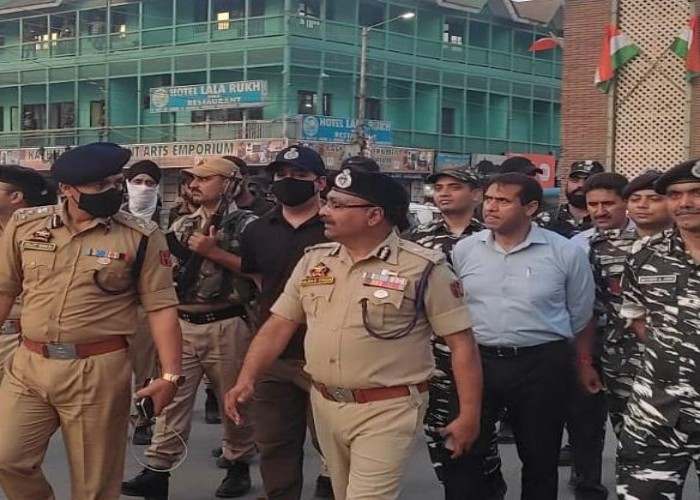 Says protecting our youth from drugs is a responsibility

The Director General of Police J&K Dilbag Singh today afternoon visited Hazratbal, Lal Chowk areas of the Srinagar city to take stock of the on ground deployment of Police and CRPF personnel in view of Ashooora and forthcoming Independence Day celebrations.

Interacting with Police and CRPF Jawans & officers, the DGP said that JK Police alongwith CRPF and other security forces have achieved good results on different fronts. He stressed for alertness and quick response to any incident and directed for joint deployment/patrolling and area domination for restricting the movement of anti-nation and anti peace elements. The DGP said that due to well planned and coordinated efforts of Police and security forces there is huge improvement in the overall security scenario of the UT.

Stressing quick response to the problems of the people, the DGP said that the grievances of the people have to be addressed genuinely on priority. He emphasized working in cooperation with the people to curb the crimes. The DGP also inspected the Police Station Ahmadnagar accommodation.

While interacting with the jawans & officers of Police and CRPF working in the Police Station, the DGP enquired about the available facilities. He impressed upon the personnel to be more dedicated towards professional duties and continue to work for safety, security of the people. He directed for intensified efforts against the war on drugs adding that it is our responsibility to protect our youth who are falling to the drugs.

SP Hazratbal, Mashkoor Ahmad, officers of CRPF 21 Bn. and other jurisdictional officers apprised the DGP regarding the security scenario of their jurisdiction.