Dhoni’s presence would be priceless for DRS: Kohli 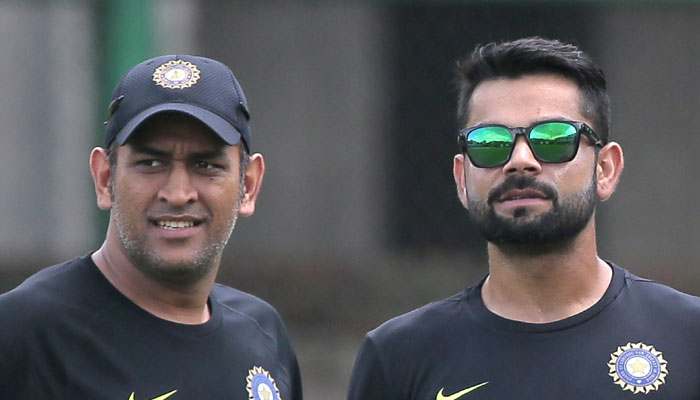 With the Decision Review System (DRS) set to be used for the first time in a bilateral One-day series in India, captain Virat Kohli says Mahendra Singh Dhoni’s inputs from behind the stumps would be invaluable in taking a call in the matches against England.

“It’s priceless. I saw a stat yesterday that 95% of the appeals that he’s made in his career have been successful. As a captain I have no sort of extra thinking as far as DRS is concerned. He’s one voice, if he tells me it’s outside the line or it is missing, the decision stands there. It’s not left up to doubt or any further debate from there on,” Kohli said.

Kohli had a pretty tough time in taking the right DRS calls in the preceding Test series against the same opposition.

“He’s someone who has always been very smart with decision making, as far as appeals are concerned as well. I think his word will be the one word that I will trust as far as DRS is concerned. Because he is in the best position, plus he’s the most intelligent cricketer around, so there’s no doubt in my mind,” added Kohli in full praise of Dhoni and his judgement calls.