Disengagement to be completed by next Fri; PLA forces move beyond Finger 8 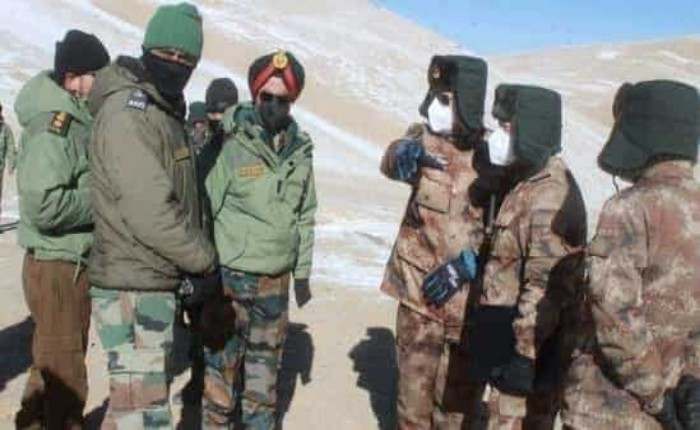 The Pangong Tso disengagement between the Indian Army and the People’s Liberation Army (PLA) is proceeding as per the agreed schedule, with satellite imagery showing rapid movement of Chinese heavy vehicles beyond the Finger 8 mountainous spur on the north banks of the frozen saltwater lake.

The disengagement process was reviewed in South Block on Friday, with the Indian Army brass expressing satisfaction at the process which is scheduled to be completed by February 19 or in 10 days from the beginning on February 10. “I understand good progress has already been achieved towards this objective. The PLA is moving very quickly as per the agreed schedule,” said a senior official.

As per the Pangong Tso disengagement, the PLA will move east of Finger 8 on the Srijap plain and the Indian Army will move back to the Dhan Singh Thapa post on the Finger 3 spur. The entire area between Finger 4 and 8 will be demilitarised with patrolling schedules decided through consultations between commanders at a later stage.

There is evidence of the pullback by Chinese main battle tanks from the southern banks of Pangong Tso, matched by the withdrawal of the Indian armour and artillery guns. However, there has been no evidence of any withdrawal of PLA forces or equipment from depth areas or from central or eastern sectors.

According to the ministry of defence, the two sides will discuss the disengagement in the Gogra-Hot Springs area and the Depsang bulge after the Pangong Tso withdrawal is completed to ensure peace and tranquillity along the 1,597km Line of Actual Control in the Ladakh sector.

While Indian security planners are satisfied with the disengagement after nearly 10 months of eyeball-to-eyeball confrontation, they are aware that the disengagement does not mean peace on its own. According to them, both sides will have to go back to their bases prior to April 2020 all along the 3,488km LAC to ensure that there is no further military confrontation. “Disengagement is only step one to the entire process, with peace and tranquillity a long way off,” said a senior military commander.

Although the disengagement is being verified through satellite imagery each day, the bigger worry for the Indian Army is the attitude of the PLA western theatre commander when summer military exercises are held in Tibet and Xinjiang region between March and June.

The PLA deployment across the Karakoram pass in Xiadullah has not changed and the same stands for deployment across the Daulet Beg Oldi sector. It is for this very reason that the Indian Army has adopted a trust-but-verify approach as a military flare-up is not ruled out due to the aggression of local PLA commanders on the ground.