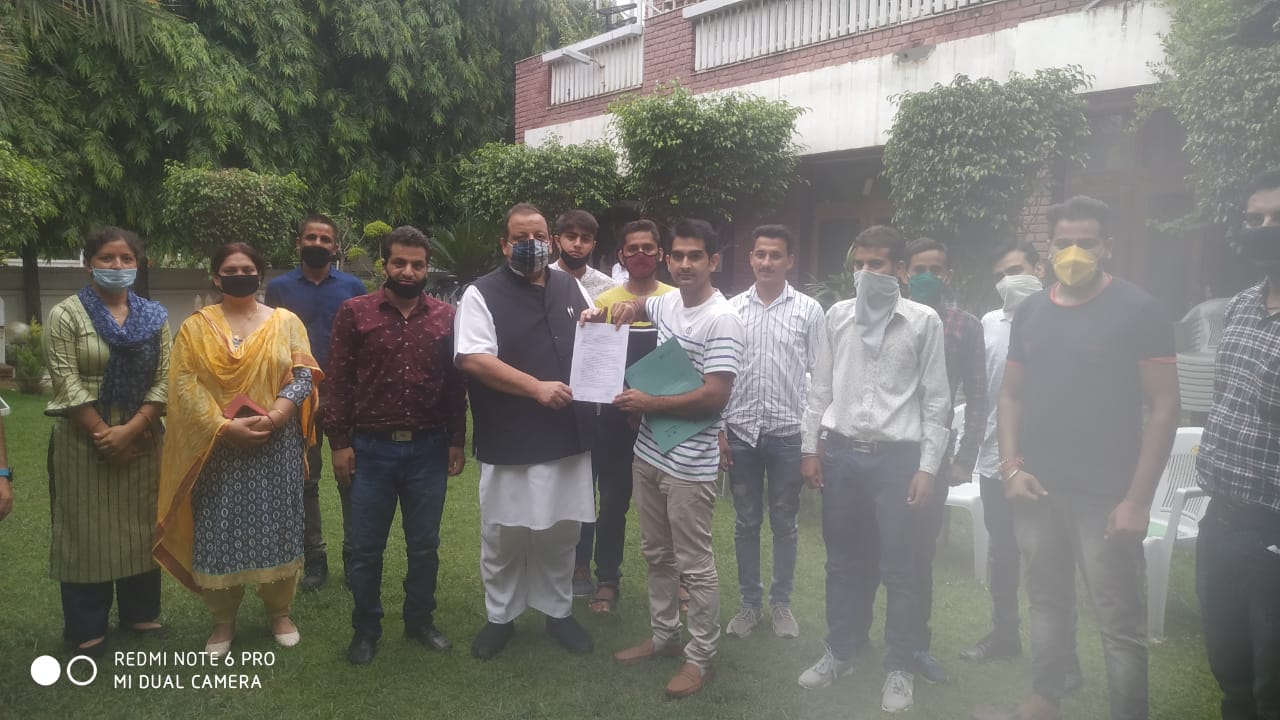 Expressing surprise over the move to disengage self-help group engineers from the government contracts, National Conference Provincial President Mr Devender Singh Rana today cautioned the administration to desist from pushing the Jammu and Kashmir youth towards a situation of despair and hopelessness.

“In an era of the so-called start-up boom across the country, it is like sprinkling salt on the wounds of those struggling to stand-up on their own as entrepreneurs for self-sustenance and generating jobs for others”, Mr Rana said after listening to the issues raised by a delegation of the self-help group engineers and a deputation of J&K Unemployed Trained Physical Education Teachers Forum, which called on him here this morning.

“It is quite intriguing that instead of generating employment to tackle the burgeoning problem, the administration is promoting and incentivising unemployment”, he said while questioning the rationale behind the decision, especially in the backdrop of these self-help groups doing well in their respective pursuits, not only in terms of ensuring quality work at the strength of their expertise but also providing jobs to skilled and unskilled workforce in a big way. Disengaging these engineers amounts to disempowering a lot of people by breaking the chain of entrepreneurship.

Mr Rana recalled the motivation behind these self-help groups, saying that this was aimed at engaging qualified engineers in gainful employment in view of scarce availability of jobs and lack of corporate and industrial sectors in Jammu and Kashmir. The experiment had worked well, as these groups significantly succeeded in generating employment and establishing entrepreneurship in a place where white collar jobs alone have been a culture.

The Provincial President sought a review in the decision, saying this is not the only area that has become the target of the administration but other areas also speak of administrative apathy. In this context, he referred to his recent interactions with the delegations of trained physical education teachers, para-medics and other categories of workers engaged by the government from time to time in order to provide them succour. He said the administration has shown a disturbing tendency of shrinking the avenues of jobs by putting in the backburner the forward looking and productive schemes like SKEPWY, which was a step towards credible employability.

Lamenting over the anti-youth policies of the administration, Mr Rana expressed solidarity with the suffering self-help groups, saying their legitimate issues will be raised at every forum. He hoped the administration will shun its anti-youth policies and show pragmatism towards addressing their genuine problems, especially those which concern their future and careers.