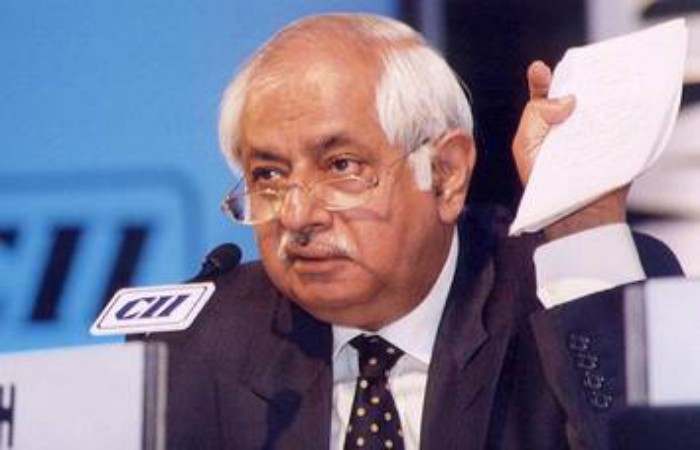 You have been involved in India-Pakistan diplomacy for 40 years, and the back-channel dialogue for more than a decade. According to you, is there a back channel in place now, and as reports suggest, facilitated by a third country like the UAE?

With regards to the current scenario, my knowledge of the specifics is limited to what I read in the newspapers. I can tell you about the dialogue we had (2005-2014). There was no third-party involvement. Bill Burns (now CIA Chief) in his memoirs wrote that the Indians did not share details with them and did not want any mediatory role. If you were to ask me, even now, it is probably a bilateral dialogue, although it may be influenced by the Biden effect.

Could you share some details of the back channel you were part of and the 2007 Kashmir agreement?

It will not be proper for me to share details as the papers were transferred from the former Prime Minister (Manmohan Singh) to the present Prime Minister (Narendra Modi). Some top legal luminaries of the country were consulted (at the time).

Were the legal luminaries’ part of any political leadership?

But would the agreement on Jammu and Kashmir that was negotiated still be valid more than a decade later, despite the changes in J&K in August 2019?

Yes it would. We did not negotiate for a specific era or political regime in government, but by keeping the future of the two countries in mind. Unconnected with relations with Pakistan, I believe the important state of J&K on our border deserves full statehood.

How difficult was it to run the Back channel, to set up meetings between you and your interlocutors?

Setting up meetings was no problem. In both countries, the bigger challenge is dealing with domestic interests, as well as media leaks, which then distort the actual purpose of the dialogue. Once, I remember, we got a visa for me to travel to Lahore by a special plane for talks, but at that time Prime Minister asked me not to go. A major newspaper ran the story with a big headline stating that talks were on in Pakistan, which was far from true, and caused confusion. So even when I don’t think there is an agenda, people can create the wrong impression about talks. The opposition was briefed about talks, but no paper could ever be shown to anyone.

Why is the secrecy so necessary?

The purpose of such talks, everywhere, is confidentiality.

It is necessary, because of all the domestic reactions, that come out even before some agreement is reached. Pakistan’s recent decision on trade is a good example of that. Even when the Pakistan Prime Minister decided to open imports, others objected, and it had to be deferred.

We had even thought that if we had a deal, we would have wanted all the former Prime Ministers to be represented, so that we could show that there was a broad unanimity. But General Musharraf’s decision to sack his Chief Justice (Iftikhar Chaudhury) took matters off the rails in Pakistan and the deal we had, could not be signed. This is accepted as a reason for the failure even by analysts in Pakistan and the outside world.

At another point (in 2014), many diplomats and others in public have described how the deal on trade for MFN status from Pakistan (called Non-Discriminatory Market Access or NDMA) was nearly through, and it was cancelled at the last minute because an emissary from the opposition party in India to Pakistan reportedly suggested that the deal should be held back until a new government was in power. Mr. Nawaz Sharif may have taken that decision in Pakistan’s interests, but eventually, the MFN status deal never came through.

How were meetings between you and your Pakistani interlocutor set up?

A: We had each other’s phone numbers, but normally when we met, we would set up the next meeting’s logistics. We met in third countries that had convenient air-links from Delhi and Islamabad, so cities in neighbouring countries were preferred destinations. The duration of the visits was brief, normally a single day. We were careful (about media exposure) so we travelled as private citizens, no official delegation, and we even carried our own bags. Eventually, negotiating in this way, we spent nearly 150 hours together.

What advice would you give the current back-channel, that is believed to be between NSA Doval and the Pakistani Army Chief Gen Bajwa?

A: I have no advice to give. If true, I believe that a back channel dialogue between Mr. Doval and General Bajwa would be a good combination. Our two countries have different power structures, and therefore we need people who have seniority in their own systems, direct access and confidence of the leadership. They need to be able to take on the spot decisions. I have worked with Mr. Doval in the 1980s, at the High Commission in Islamabad, including a hijacking situation in Lahore (1981), and later on the situation in Afghanistan post Bonn conference. General Bajwa has had an extension. As I said, given all our differences, they would be a good combination as interlocutors, or to oversee the dialogue.

History shows that Pakistan army leaders/chiefs think of improving relations with India only after stabilizing themselves. General Zia suggested back channel talks after nine years in office, just before his death. General Musharraf started his peace overtures five years after taking over; and General Bajwa, three years after becoming army chief. Such occasions come after a gap of several years.

What should the next steps be? Given the suspension of India-Pakistan ties in the past few years, do you still think peace has a chance?

Yes of course. There are some who would argue otherwise and it is natural and justified in a democracy. Some may take a harder view. I am amongst the many who personally suffered as a result of partition. We lost our homes, possessions and had to rebuild our lives in independent India where we came without an address. But I still firmly believe that with a neighbour, particularly when there is an unfriendly relationship, you have to have a via media to exist. Otherwise, we both hurt ourselves. Engagement is necessary particularly with an adversary and I am glad it is being done now. I think we must take the dialogue process slowly, begin with some people-to-people initiatives and emphasis on economic relations. We need to have at least a limited beginning in encouraging travel, allowing people to meet each other. India’s biggest friends and ambassadors are Pakistanis who visit India and then return to tell others about all that we have achieved. At a suitable occasion, respective High Commissioners should be reinstated. Track – II dialogues should be held. There is no need to shy away from any discussion, because our fundamentals are strong. We expect that no help will be given to promote terrorist activities in our country. I agree that there are spoilers in both the systems. However, I have observed that in the present elections, there has been no real Pakistan-bashing other than a few stray comments made during the campaign, and that will also ease along the current process.