India’s Covid-19 outbreak at its worst 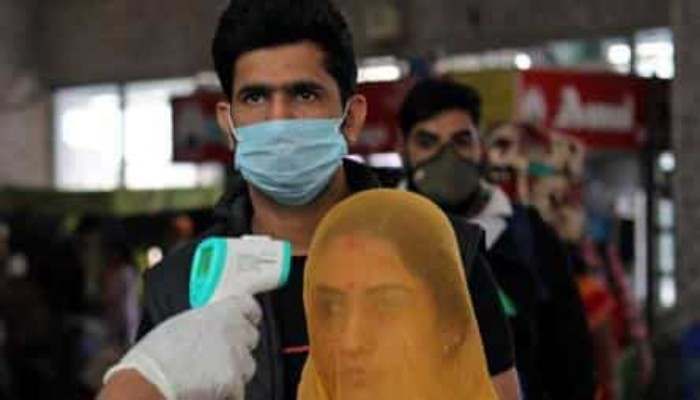 India added 103,796 cases of Covid-19 on Sunday, breaching the peak of 99,181 seen in a single day during the first wave of the pandemic last September, as the outbreak continued a relentless expansion that officials fear will overwhelm hospitals, has led to at least one state going into a virtual shutdown, and prompted the Prime Minister to hold a high-level meeting to take stock of the situation.

The number of cases recorded on Sunday are a sharp increase from the 92,961 reported a day earlier, and represents a surge that has sustained over the last three weeks. In the past week, cases have grown 39%, the fastest rate for any country, which has thrust India to the top of countries with the worst outbreaks in the world.

Having added 73,301 new cases a day over the week till Saturday, India has far surpassed Brazil’s average tally of 66,176 and US’s 65,624 to become the biggest current Covid-19 hot spot. India is only the second country after the US to add more than 100,000 cases in a single day at any time during the pandemic.

Prime Minister Narendra Modi, in a meeting on Sunday morning, said states must take the necessary steps and impose the required restrictions to contain the outbreak, while Maharashtra shut all non-essential shops, restricted restaurants to takeaways, closed places of worship and asked all workplaces that can work remotely to work from home.

On Sunday, 54.9% of the cases came from Maharashtra while Chhattisgarh, Karnataka and Uttar Pradesh added the next highest numbers with 5,250, 4,553 and 4,136, respectively. India’s positivity rate as on Saturday (the last day for which countrywide testing data was available) was at 8%, after having risen consistently – exactly a fortnight ago, on March 20, this number was 3.9%, according to HT’s dashboard of Covid-19 statistics.

“The Prime Minister directed that central teams consisting of public health specialists and clinicians be sent to Maharashtra in view of high case load and deaths, and likewise to Punjab and Chhattisgarh because of the disproportionate number of deaths being reported there,” said a statement by the government.

On March 31, Niti Aayog member (health) VK Paul described the outbreak in India as going “from bad to worse”, while the Union health ministry asked states to immediately review the situation and decide on augmenting healthcare capacities since the surge “has the potential to overwhelm resources”.

The meeting on Sunday comprised senior functionaries from the Prime Minister’s Office (PMO), health ministry, department of biotechnology, and Niti Aayog. “It was a detailed review to discuss what was leading to the rise in cases; how prepared our health infrastructure currently was to handle the rush; and what more is needed to be done to ensure the system does not get overwhelmed. Also, how the rising cases could be stalled,” said an official privy to discussions at the meeting, asking not to be named.

“The demand for Covid-19 beds is again seeing an increase; in fact, the beds are rapidly filling up in our hospital,” said a staff member at the All India Institute of Medical Sciences (AIIMS), Delhi, asking not to be named. AIIMS converted its trauma centre into a Covid care centre last year at the beginning of the outbreak in India.

During the meeting, the PM highlighted the need to ensure effective implementation of containment measures and suggested community volunteers be involved in active case search and management of containment zones.

“A special campaign for Covid-appropriate behaviour with emphasis on 100% mask usage, personal hygiene, and sanitation at public places /workplaces and health facilities will be organised from 6th April to 14 April 2021,” the government said in its statement.

Experts said emphasising on Covid-appropriate behaviour may be necessary at this point. “We are fortunate to have lower death rate because we are picking up disease early and are able to treat adequately in India, but Covid’s attack rate is high, and we still have a large susceptible population that is vulnerable to contracting infection that makes it imperative to follow Covid-19 appropriate behaviour, especially wearing a mask when stepping out,” said Dr GC Khilnani, former head and professor, pulmonology department, AIIMS, Delhi.

Experts have also called on the government to accelerate vaccinations and for people to shed their hesitancy and come forward to take the jabs.

According to government data, at least 10 million individuals in the country have been fully vaccinated so far, with at least 75 million doses having been administered since the drive began in the country on January 16 this year.

Research and development of vaccines were also discussed in PM’s review meeting along with the production capacity of existing manufacturers and the capacity of vaccines that are in trial phases.

Even with the vaccinations, people will need to be careful, experts added. “Not all are 100% protected, some may get mild disease or remain asymptomatic despite taking the vaccine, and it is this category that runs the risk of becoming the spreaders within the community. Also, it takes at least two weeks after receiving the second dose to get protection against the disease. In such scenario, it is important to keep wearing a mask and to maintain hand hygiene and physical distancing as far as possible,” said Dr Khilnani.