Elegy on death of Kashmir autumn 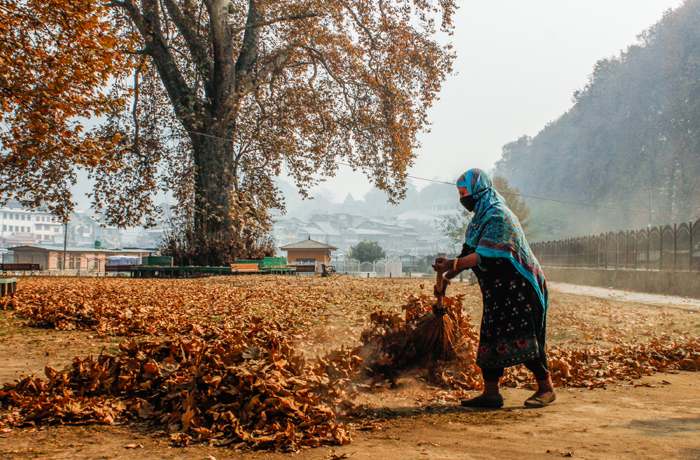 Stillness in life and restrictions on the vibrancy of different spheres in Kashmir has made autumn of 2016 most lethal for the depression of people. Tourist trade has received a death blow and most of the hill stations in Kashmir like Pahalgam, Gulmarg and Sonamarg are wearing a deserted look with mighty Chinar trees standing mute witness to the death and destruction. Mere statistics of killed, injured and blinded is frightening for any conscious Kashmiri as the year 2016 witnessed a spiral increase in the quantum and dimensions of protests.

Coming back to autumn, Bagh-i-Naseem of yesteryears is still the main milestone of witnessing autumn fading out in Kashmir, giving place to a harsh winter when hundreds of gold Chinars in Kashmir would be nuded and finally wrapped in snow by nature.  It is a metaphor for the rejuvenation of life in Kashmir, as the optimists hope that after the current harsh winter there would be a new life as Kashmir witnesses a spring when all virtual dead trees and other flora and fauna gets a new life back. Chinar is a symbol of resilience and that is the reason many poets have used Chinar as the symbol for the same.

Naseem  Bagh campus of University of Kashmir has still few hundred Chinar trees which are shedding their gold leaves to be burnt for making charcoal to withstand winter by pouring them into  Kangris.

Though a majestic Mughal  garden of past it was laid during the reign of Mughal Emperor Shahjahan on the banks of famous Dal Lake to allow the nature lovers to enjoy clear and crisp air of autumn under the shade of these Chinars. According to the sources of history an Iranian expert of garden laying was specially brought to Kashmir to select this place for a Chinar garden. History says 1200 Chinar saplings were transported to Kashmir and laid in this garden in a symmetric manner on a single night of full moon. According to the historians all these saplings were soaked in milk on the advice of this Iranian expert and not a single Chinar sapling was allowed to go waste. Thus emerged the Bagh-i-Naseem on the banks of Dal Lake, the real address of autumn in Kashmir where Mughals made their mark by bringing  a water canal from Zakura Nallah through this garden to finally flow  back into the Dal Lake in front of Bagh-i-Sadiq Khan which is now Asar-E.Sharief Hazratbal. University authorities have long back filled that beautiful  water stream which was passing through it and have left to trace of it.

This historic garden could not withstand Kashmir’s turbulent history and during Afghan rule of tyranny one of the infamous Governors Amir Khan Sherju plundered this garden by smashing its black marble laiden Baara-dhari  and pulling out its fountains to use them at Shergari Palace in Lal Chowk.   The Sikhs, Pathans and Dogras plundered most of such historic gardens in Kashmir and left only the ruins.

Much water has flown down the river Jhelum and being just the part of university campus Bagh-i-Naseem bestowed this highest seat of learning the distinction of being one of the most beautiful campuses in the world. This autumn has added to the depressing scenario of Kashmir as the campus is no longer buzzing with teachers and students with their feet trampling over felled Chinar leaves bringing a beautiful sound to the ears of students and teachers. Perhaps this relationship between

Chinars and visitors in Naseem Bagh has been going on for a long time and this autumn they might have been waiting to listen to such sounds around them. The stillness of autumn has made all the educational endeavors lifeless with life out of gear from the past months. All the tourist bookings for autumn stand cancelled only during the summers.

Many Bollywood film crews which were scheduled to shoot during autumn at the meadow of gold called Sonmarg have already gone to other places. The autumn was so frightening that the presence of few teachers in presence of hundreds of mighty Chinars only made it more melancholy and depressing. It seems as of today autumn has set permanently in the lives of Kashmiris. The freezing chill of winters is already in and the Chinars of Naseem Bagh are shedding their last gold leaves on the ground adding to the chilly realities of life in Kashmir. 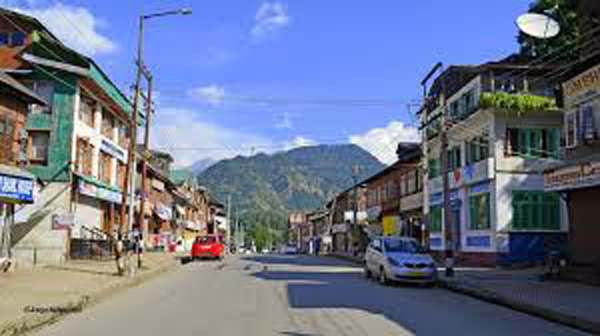 Autumn which used to bring a permanent brand of tourists to Kashmir to enjoy this season especially at Sonmarg called as meadow of gold as it used to turn gold brown this season. Autumn always attracted personalities form diverse fields, from Khushwant Singh to Late Indira Gandhi to Kashmir. Before her assassination late Indira Gandhi visited Kashmir to witness this beautiful season of pleasure and plenty in Kashmir. When orchards are full of fruits, harvests are ready and waters are so clean and beautiful. Like many realities of life, thousands of families in Kashmir have yet to come in terms of loss they have suffered by the political uncertainty here. But the optimists still have embedded in their hearts a dim hope that Kashmir would be settled permanently and a peaceful life will sprout back.

Their optimism is embedded in a great Kashmiri saying Wand Chele Sheen Gale Baye Ye Bahar (winter will fade, mounds of snow will melt and finally spring would be back).