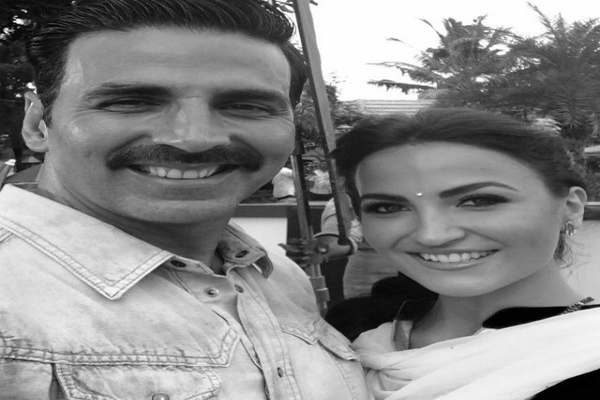 Elli Avram has done two films in Bollywood namely Mickey Virus with Manish Paul and Kis Kisko Pyar Karoon with Kapil Sharma. Both these were opposite debutants. Now finally looks like she’ll be getting her big break opposite superstar Akshay Kumar in Neeraj Pandey’s next. There were rumours for quite sometime lately about her being a part of Akshay Kumar starrer but now Elli herself has cleared the air and confirmed her involvement in Neeraj Pandey’s film. She says, “When I was approached for the role, I was overwhelmed and thrilled at the same time. Neeraj is a fantastic filmmaker, so I didn’t think twice before saying ‘yes’ to him. I’m also grateful for this opportunity to share screen space with an accomplished star like Akshay Kumar. Though I have done two ads with Akshay, working in a film is a different experience altogether.” Elli being part of a Neeraj Pandey-Akshay Kumar film indeed is a huge thing for her and will definitely boost her career.

Going by the look of it, the film in question may be Crack. The first look poster of Crack, was launched by Akshay Kumar right after the success of Rustom. The film was slated to release on Independence Day 2017, but later Shah Rukh Khan‘s next untitled was also slated for the same release recent reports suggested that Crack is moved to 2018. So we won’t be witnessing any clash between Akshay Kumar and Shah Rukh Khan at the box office.